The city of London is being terrorized by a serial killer known as the Avenger who kills young blonde women every Tuesday night. The Bunting family lives in London and rents a room to a mysterious lodger. The Bunting’s daughter Daisy, who is a young blonde model, becomes fascinated with the lodger, but her parents convince themselves that he is the infamous serial killer. When Daisy’s wannabe suitor Joe, a police detective, learns of the Buntings’ suspicions, he sets out to arrest the lodger. However, is Joe bringing a sadistic killer to justice or merely railroading an innocent man who happens to be his competition for Daisy’s heart? 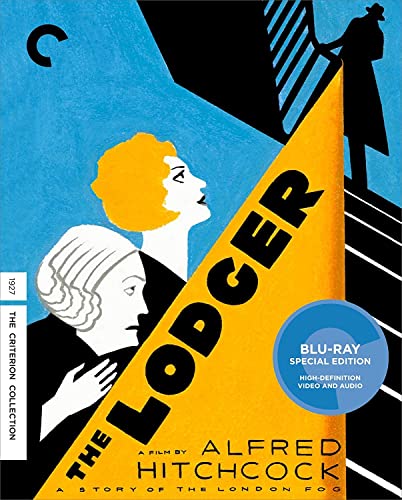 ‘The Lodger: A Story of the London Fog’ Movie Summary 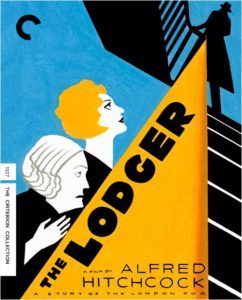 The film opens with the death of a young blonde woman (Eve Gray). The woman has been killed by “the Avenger”, an infamous serial killer who stalks the streets on London looking for young blonde women to kill. The Avenger always strikes on Tuesday nights. News of the murder spreads quickly around London via the newspapers.

Not far away, Daisy Bunting (June Tripp) completes her work as a model during a fashion show. Daisy, a blonde, hears of the Avenger’s latest kill while changing with the other models in their shared dressing room. All the blonde women are horrified and attempt to hide their fair hair with dark wigs and hats. Daisy makes it home safely to her parents’ home in London. Mr. and Mrs. Bunting (Arthur Chesney and Marie Ault) rent the extra rooms in their home to lodgers. A local police detective, Joe Chandler (Malcolm Keen), is a friend of the Bunting family and a possible suitor for Daisy. Joe is visiting the Bunting family when Daisy returns home. The boisterous detective discusses the Avenger’s case with the family.

Not long after, a handsome young man (Ivor Novello) arrives at the Bunting home seeking lodging. The lodger bears a strong resemblance to the descriptions of the Avenger, including a scarf that covers the lower portion of his face. Nevertheless, Mrs. Bunting decides to rent the room to the lodger after he agrees to pay her a month’s rent in advance and shows him to his room. The lodger is disturbed by the various pictures of young blonde women on the walls of his room and asks Mrs. Bunting to remove them. Mrs. Bunting has Daisy assist her with removing the pictures, and an attraction begins to develop between the lodger and the young girl. After the women leave the lodger’s room, the stranger begins to pace the room which is noticed by the Bunting family in the floor below.

A few days later, the relationship between the lodger and Daisy continues to develop as the mysterious man invites Daisy to his rented room to play a game of chess. Joe comes to the Bunting house to announce his assignment to the Avenger investigation. He learns of the growing relationship between Daisy and the younger man and immediately disapproves.

The following Tuesday, Mrs. Bunting is awoken in the middle of the night by the lodger leaving the house. While he is gone, Mrs. Bunting attempts to search the lodger’s room having grown suspicious of the strange man’s behaviors. She finds that one cabinet in the room is locked before she is forced to abandon her search. A short time later, she hears the lodger return to the Bunting house. The next day, the Buntings learn that another blonde girl has been killed a short distance from their home. Mrs. Bunting shares her suspicions with her husband that she believes that the lodger is the Avenger, and the couple work to prevent Daisy from being left alone with the lodger. One night, Daisy returns with some expensive clothes that the lodger purchased for Daisy. The Buntings make their daughter return the items to the lodger.

Meanwhile, the police begin to observe a pattern to the murder and notice that they are moving towards the Buntings’ neighborhood. The police decide to increase patrols on the street during the next Tuesday night. On the next Tuesday, Daisy and the lodger sneak away for a late-night date. Joe comes across the couple and confronts them. Daisy breaks up with Joe due to his controlling behavior. After the lodger and Daisy leave him, Joe looks on ground and notices the lodger’s shoe print. The print resembles a print left at one of the Avenger’s murder scenes. Joe begins to convince himself that the lodger is the notorious killer.

Joe returns to the Bunting house a few days later with a warrant and two additional police officers. He enters the lodger’s room and begins to search for evidence that the mysterious man is the infamous killer. They find a leather bag containing a gun, a map plotting the location of the Avenger’s murders, newspaper clippings about the killings, and a picture of a young blonde woman. Joe immediately recognizes the picture as the woman who was the Avenger’s first victim. When confronted, the lodger denies being the Avenger but identifies the woman in the picture as his deceased sister.

Joe has the lodger arrested, but the lodger manages to escape and runs off into the night. Before escaping, the lodger tells Daisy to meet him where they had met for their secret date. Despite her parents’ belief that the lodger is the killer, Daisy is convinced of his innocence and sets out to meet him. She finds the lodger coatless and shivering in the cold. The lodger explains that the Avenger killed his beautiful debutante sister and that he vowed to his dying mother that he would bring the Avenger to justice. Daisy takes the lodger, still handcuffed, to a nearby pub to get a drink. After warming up, they head back out into the night. The other bar patrons are suspicious of the couple.

Soon after, Joe enters the pub and asks to use the phone to call headquarters. The bar patrons overhear the call and form a mob to track down the lodger and Daisy, believing that the lodger is the Avenger. Joe is informed over the phone that the Avenger has been apprehended and realizes that he is pursuing an innocent man. Pursued by the mob, the lodger attempts to get away by climbing over a fence, but his handcuffs become entangled on the fence and he is trapped. The mob proceeds to beat the lodger while Daisy can merely watch helplessly from the sidelines. Joe and the other police officers arrive and free the lodger. A paperboy arrives with the latest edition that announces the Avenger’s apprehension. The crowd quietly disperses realizing that they were attacking an innocent man. The lodger falls into Daisy’s arms and Joe realizes that he has lost her heart forever.

Some time later, the lodger has recovered from his injuries from the mob attack. The Buntings and Daisy wait for him in his lavish living room. The lodger comes downstairs and embraces Daisy. The film insinuates that Daisy has found the man of her dreams and that they will live happily ever after.