In The Lord of the Rings: The Fellowship of the Ring, a group of heroes assist a hobbit named Frodo Baggins as he embarks on a perilous trek to take the mystical One Ring to Mount Doom. They must destroy it so that the evil Lord Sauron can never have access to its magical powers. 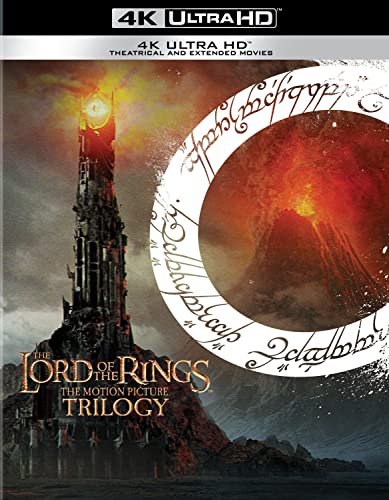 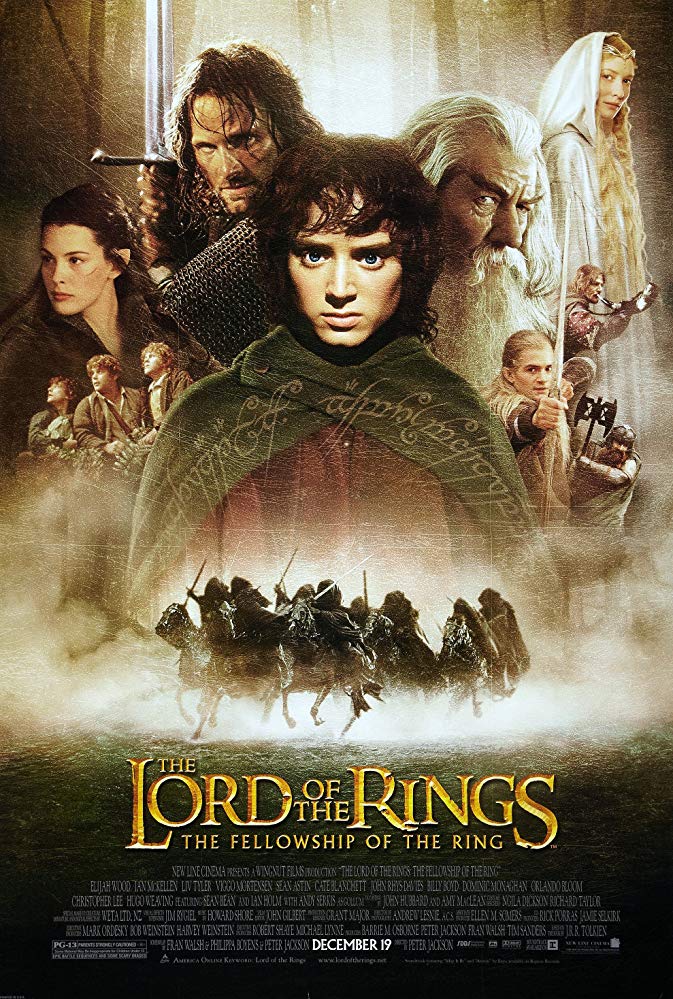 Frodo lives an idyllic live in the Shire, where he and his uncle hang out and smoke dope with a pointy-hatted wizard named Gandolf. When Frodo’s uncle, Bilbo Baggins, retires to live with the elves in Miami, he leaves Bilbo all of his possessions, including a magic ring that can make the wearer disappear and that has a strange propensity to draw unspeakable evil near.

Gandolf checks Wikipedia and learns that this ring is the so-called “one ring,” created by the evil genius Sauron. The ring gives Sauron the power to control all creatures in Middle Earth, at least so long as you don’t cut it off his hand. If you do that, it kind of works against him. But I don’t know the particulars of the magic.

Gandolf sends Frodo off with the ring with his fat hobbit friend, Sam and their two goofy, totally strait friends, Merry and Pippin. They are supposed to meet him at a bar in a town not too far away. On their way, they’re pursued by some undead horsemen seeking the ring, ring wraiths. They narrowly escape to the town. While there, they meet Strider, a wandering fighting type who takes charge of them.

Gandolf never meets the hobbits at the prancing pony. He went to meet his wizard friend, Saruman, to discuss what to do about the ring. But Saruman is a traitor and tries to get Gandolf to give him the ring so he can put it back on Sauron’s middle finger, where it belongs.

On their way, their barbeque is crashed by the undead ring wraiths. They manage to rough the hobbits up and stab Frodo with a cursed piece of charcoal before Strider shoos them away with a torch and the business end of his sword. They rush Frodo to the elf hospital so someone immortal can suck out the poison, but the wraiths are hot on their tails.

An elf-chic named Arwen shows up and quickly leaves with Frodo and with Strider’s heart. They narrowly escape to Rivendell, where Frodo is rushed through the elven healthcare system. Gandalf meet them there after a daring escape, aided by a tiny bat and a somewhat large eagle. He tells Frodo he will never fully recover from the dose of poisoned charcoal he took at the barbeque, but he’s man enough to carry on.

The bigwigs are Rivendell call a council with leaders from the dwarves, the men, and the elves. They chew it over for a while and decide the best course to take is to walk the ring over the Mordor and toss it into an active volcano. That’s a little harder than it sounds, so nobody wants to trust anyone else with the ring, except for Frodo, because he’s already shown a remarkable resilience to the temptation to use it to gain power for one’s self.

So Frodo walks out of Rivendell with three hobbits, two men, a wizard, a dwarf, a gay elf, a priest, a rabbi, and a feminist. Their path to Mordor is filled with all kinds of troubles, so they decide to walk through the old dwarf mines in Moria. In Moria, a pack of elves hassles them, but they lighten up when chased by an ancient demon made of fire wakes up cranky. They gang nearly escapes but Gandalf does the noble thing and confronts the demon on a narrow stone bridge until both of them fall into the bottomless chasm below.

Everyone cries like a sissy and runs into the woods where they’re met by a hippie elf that can read minds and that bottles light. She gives Frodo some words of advice and a small bottle of starlight and tells them all to beat cheeks to Mordor.

Meanwhile, Saruman has built an army of super orc, called uruk-hai, with one purpose: to find the one ring. They set off running after the fellowship. Meanwhile, Boromir, one of the men in the party gets greedy and tries to steal the ring from Frodo. He wants to use the ring to help defend his people from Mordor’s constant attacks. But Frodo knows nobody can use the ring for good and hides from Boromir while the uruk-hai close in on the group. Boromir immediately repents and helps to defend the group from the attack while the elf, Strider, and the dwarf all fight for their lives. Frodo escapes into the lake, along with Sam, but Merry and Pippin are captured and carried away by the uruk-hai.

Frodo and Sam set off together to take the ring to Mordor, and the rest of the Fellowship let them go, knowing that the ring will be too tempting to the rest of them. They set off to rescue Merry and Pippin. The film leaves us hanging as Sam and Frodo first step into Mordor. Them some other stuff happens in the next seven hours of movie. I can’t recall exactly what.

New Line Cinema released The Lord of the Rings: The Fellowship of the Ring to theaters on December 19, 2001. Peter Jackson directs the film which stars Elijah Wood, Ian McKellen, and Orlando Bloom.