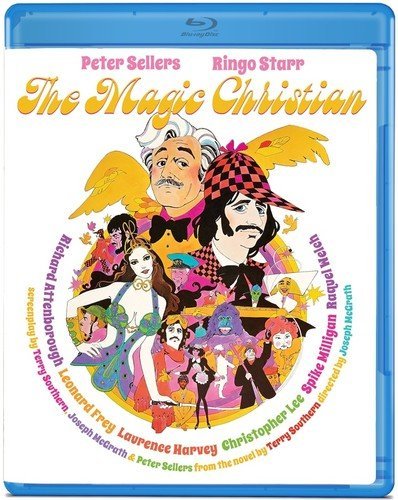 Olive Films has announced that they are adding the comedy The Magic Christian to their upcoming slate of Blu-ray releases. The film was directed by Joseph McGrath and stars Peter Sellers, Ringo Starr, Isabel Jeans, Richard Attenborough, Raquel Welch, and Christopher Lee. The Magic Christian will be available in stores and online beginning on May 28th.

Sellers portrays Sir Guy Grand, the richest man in the world, who happens upon a young orphan in the park (Starr) and, on a whim, decides to adopt him. Together they set off on a series of madcap escapades, discovering along the way that money will buy anyone, anything that their happy-go-lucky hearts desire. Highlighting the film is Paul McCarthy‘s hit song “Come And Get It”, and Monty Python regulars who polish it off with their own quirky brand of hilarity. The Magic Christian was released in December of 1969.