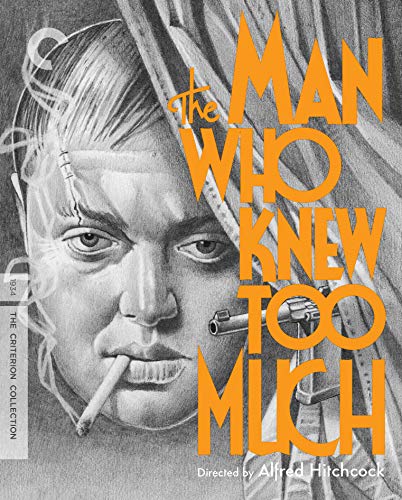 ‘The Man Who Knew Too Much’ Movie Summary 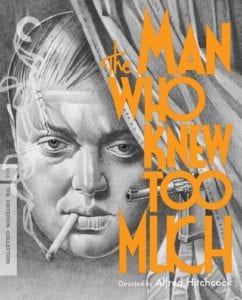 The Man Who Knew Too Much begins at the St. Moritz ski resort in Switzerland. Bob and Jill Lawrence (Leslie Banks and Edna Best) are a British couple with a daughter named Betty (Nova Pilbeam). There’s an Olympic-type competition going on at the resort where Jill is a participant in a clay pigeon shooting contest.

The three watch the French skier, Louis Bernard (Pierre Fresnay), whom they befriended at the hotel before the event. Unfortunately for him, Betty’s dog gets free, and runs in Louis’ path while competing. He crashes and loses the chance to proceed in the next round from the fall. They all head to Jill’s contest against a male sharpshooter named Ramon (Frank Vosper). Unfortunately for her, the noise from the chime of a watch belonging to a spectator named Abbott (Peter Lorre) distracts her at the wrong moment. She misses her shot before Ramon hits all his to win the competition.

Later that night at dinner, Jill and Louis dance while Bob watches them flirt from a table with Betty. A gun fires. A glass window breaks, and Louis finds a bullet hole in his heart. In the few seconds before he dies, Louis slips Jill his hotel room key. His last words ask her to retrieve a secret document from his hotel room, and take it to the British Foreign Office.

Jill then goes to Bob to tell him what just happened befoe giving him Louis’ key. Bob then goes to the room, and finds the document rolled up in Louis’ shaving brush. The cryptic message says, “Wapping G Barbor Make Contact A. Hall March 21st.”

As Bob leaves, others bang at the door; wanting to examine the room including Jill’s shooting opponent, Ramon. He seems to have a keen interest in Louis’ possessions. Very quickly afterwards, Bob and Jill learn that someone kidnapped their daughter. Furthermore, they tell the frantic couple that they will kill Betty if they reveal the contents of the secret message to anyone. Unable to go to the police or the British Foreign Office, the two return to England without their daughter.

Once back home, Scotland Yard pays the couple a visit to tell them Louis was actually a Foreign Office spy working for the British government to try to prevent a politically-motivated assassination of an important foreign official. They want to know what was on the note. Fearing for their daughter’s life, the couple refuses to say. Once the police leave, Bob then sets out with his buddy Clive to the Wapping area of town to see if it gives any clues he can use it to find his daughter.

Once there, they find a dentist’s office with the name of George Barbor in the Wapping area. That’s a good a lead as anything, so Clive gets George (Henry Oscar) to look at his teeth; pretending to need a tooth pulled. However, this is too brief to find out anything. So Bob pretends to need dental help too. As George examines him, Abbott from St. Moritz shows up, and goes into another room in the office without much word.

The tension between George and Bob increases, and a confrontation erupts between the two. George tries to knock Bob out with sleeping gas in order to possibly kill him. However, Bob overpowers him, and knocks him out cold with the gas first. Before Bob can leave, someone approaches, and Bob pretends to be the dentist working on a patient. Ramon enters the office, and asks for Abbott before heading into the next room as well.

Near the dentist’s office, Bob and Clive find a tabernacle. The sun-worshipers’ cult has the same building markings as those on Louis Bernard’s secret paper. The boys then head inside to have a look-see. They find Nurse Agnes (Cicely Oates), who was with Abbott in St. Moritz, leading the cult. She spots them, and tricks Clive into letting her hypnotize him to prove he’s worthy to join their cult. Bob knows they are in trouble, and tries to leave, but the cultists refuse to let him leave.

Suddenly, Abbott and Ramon show up, and it clear to Bob that Abbott is the gang’s ringleader, and he’s probably holding Betty prisoner there. Presumably, Ramon is the sharpshooter responsible for killing Louis, and Abbott now orders him to carry out the planned assassination that night at the Royal Albert Hall. However, Bob’s able to get word to Clive, and Clive is able to escape. He informs Jill to hightail it to the Albert Hall before he finds a police officer to raid the cult to set Bob free. Unfortunately, Abbott and Nurse Agnes convince the officer that Clive has been harassing them all day. The cop arrests Clive.

At the Albert Hall, Jill arrives for the night’s performance. Ramon is there too to kill the dignitary. He spots Jill, and approaches her in the lobby. He gives her a brooch that belongs to her daughter; reminding her that her daughter’s life depends on her actions that night.

As Jill sits in the audience, her mind is in turmoil as to what she should do. The orchestral music bursts forth. The pace of the film edits quickens. A deafening crescendo builds towards the point the audience won’t hear a gunshot. As Abbott and gang listen to the live performance on the radio, Jill cracks. She lets out a shriek. The scream startles Ramon’s intended target as he pulls the trigger. His sudden movement results in a miss. Ramon’s shot isn’t lethal. After he fires the bullet, Ramon races from the building with Jill and the police in hot pursuit.

Ramon leads the cops to the gang’s hideout. After they kill an officer outside the building, the cops arms themselves, and a gunfight ensues. While the gang shoots it out, Bob manages to find Betty. The cops shoot and kill Nurse Agnes, which upsets Abbott. He picks up a gun and engages the police too.

As Bob and Betty head for the roof, Ramon spots them. He shoots Bob in the arm, and then chases after Betty. Outside on the rooftop, the police can’t get a clear shot at Ramon. Mirroring the shooting competition at the beginning of the film, Jill grabs the rifle and shoots. This time, she wins the contest as the bullet strikes and kills Ramon without harming Betty. The police then storm the building to find everyone dead except for Abbott who is missing. Then they hear his watch chime from behind a door, and they shoot into it. As they pull the door to the side, the mastermind slumps over dead.

A terrified Betty reunites with her parents.

User Rating: Be the first one !
May 11, 2020
5 minutes read
Show More
Back to top button
Close
Close