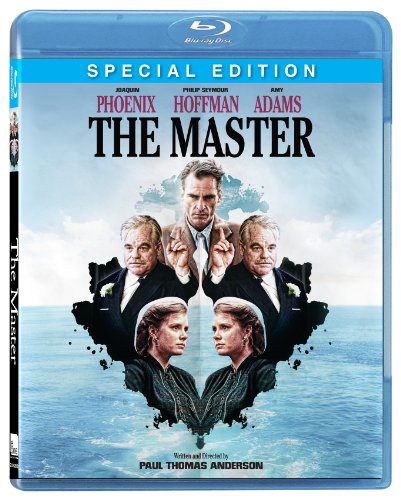 The Weinstein Company has announced that they will bring their drama The Master to Blu-ray this February.  The film is written and directed by Paul Thomas Anderson and stars Philip Seymour Hoffman, Joaquin Phoenix, Amy Adams, and Price Carson.  The Master will hit stores on Blu-ray and DVD on February 26, 2013.

The Master tells the story of a charismatic intellectual who creates a faith-based organization in an attempt to provide meaning to his life after witnessing many horrors during his fighting during World War II.  He becomes known as “The Master”.  His right-hand man, a former drifter, begins to question both the belief system and The Master as the organization grows and gains a fervent following.

The Master was released in September 2012 and grossed over $15 million at the box office.  The film had been nominated for three Golden Globe Awards, Best Actor – Drama (Phoenix), Best Supporting Actor (Hoffman), and Best Supporting Actress (Adams).

Disclaimer: Affiliate links are contained in this post. This means when you click a link, and purchase an item, Movie House Memories will receive an affiliate commission. Advertisers and Affiliate Partnerships do not influence our content. See our Terms of Use about the inclusion of affiliate links on this site for more information.
January 1, 2013
276 1 minute read
Show More
Subscribe
Login
0 Comments
Inline Feedbacks
View all comments
Most Recent Posts
Facebook Twitter LinkedIn Tumblr Pinterest Reddit
Back to top button
Close
wpDiscuz
0
0
Would love your thoughts, please comment.x
()
x
| Reply
Close