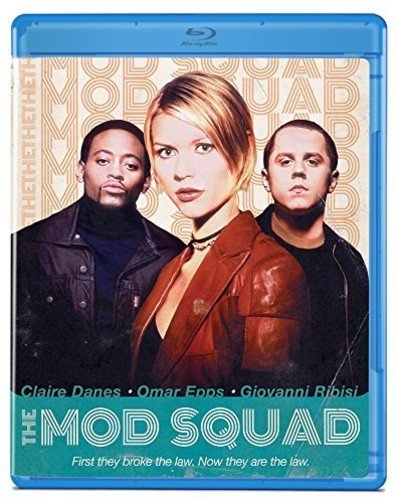 Olive Films has announced that they will release the 1999 action thriller The Mod Squad onto Blu-ray. The film was directed by Scott Silver and starred Claire Danes, Omar Epps, Giovanni Ribisi, Dennis Farina, Josh Brolin, and Richard Jenkins. The Mod Squad will be available for purchase online and in stores beginning on September 22nd.

Inspired by the popular 1968 TV show, The Mod Squad stars Danes as Julie, Ribisi as Pete, and Epps as Linc, three juvenile offenders recruited by a police officer, Greer (Farina) to help infiltrate and break a drug ring. In exchange for their help, Greer will expunge any trace of their criminal past. When Greer is murdered, Julie, Pete and Linc will do anything to clear his name and bring the killer to justice even if doing so puts their lives in danger.

The Mod Squad was released March 26, 1999 and went onto gross over $13 million at the box office.

Here is the theatrical trailer for The Mod Squad, courtesy of Movieclips Trailer Vault.

Disclaimer: Affiliate links are contained in this post. This means when you click a link, and purchase an item, Movie House Memories will receive an affiliate commission. Advertisers and Affiliate Partnerships do not influence our content. See our Terms of Use about the inclusion of affiliate links on this site for more information.
August 5, 2015
1 minute read
Show More
Back to top button
Close
Close