Set in the universe of the X-Men, Danielle “Dani” Moonstar is the sole survivor of a tragedy that wiped out her entire community. She awakes to find herself in a scientific community where mutants, individuals with extraordinary gifts, are taught to control their powers. The facility is run by the mysterious Dr. Cecilia Reyes and is occupied by four other mutants, Illyana Rasputin, Rahne Sinclair, Sam Guthrie, and Roberto da Costa. However, each of the other mutants begin to experience horrifying hallucinations shortly after Dani arrives. Once they realize the danger, the mutants soon realize that they are not patients, but prisoners instead. 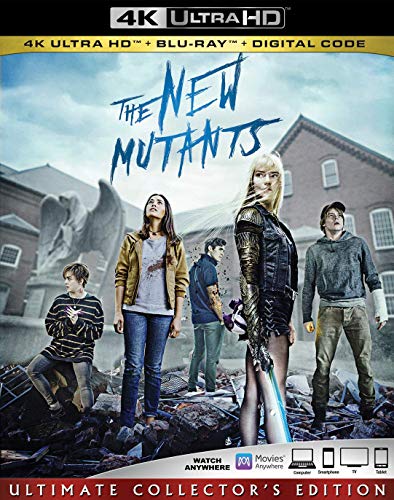 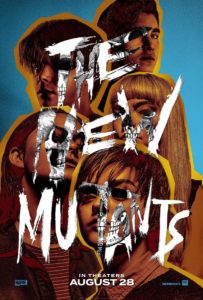 The film begins with Danielle “Dani” Moonstar (Blu Hunt) and her father William Lonestar (Adam Beach) running from an unseen danger on their reservation during the winter. The elder Cheyenne hides Dani in a tree stump before he heads back to his community to assist the other tribe members. William is killed by the unseen force. During the event, Dani hears a mysterious growling that seems to come from an enormous beast before she loses consciousness.

Dani awakens to find herself chained to a bed in a medical lab. She encounters Dr. Cecilia Reyes (Alice Braga), the medical professional running the facility. Dr. Reyes explains to Dani that her community was hit by a powerful tornado and Dani was the only survivor. Dr. Reyes also explains that Dani is a mutant and advises her to remain in the hospital until she learns what her abilities are and how to control them.

The next day, Dani is introduced to the four other residents at the hospital, Samuel “Sam” Guthrie (Charlie Heaton), Roberto “Bobby” da Costa (Henry Zaga), Illyana Rasputin (Anya Taylor-Joy), and Rahne Sinclair (Maisie Williams). Each of the residents have suffered an enormous personal tragedy before being brought to the facility. Sam’s carries the guilt of collapsing a whole mine on his father (Thomas Kee) and his fellow miners. Roberto accidentally burned his girlfriend to death. Rahne sought solace with her church who ultimately branded her a witch. Illyana still carries the scars of her past abuse in child slavery, which manifests itself as otherworldly beings called the Smiling Men. Each of them possesses a mutant ability. Sam can fly at jet speed. Bobby manipulates and stores solar energy. Rahne turns into a wolf, and Illyana has inter-dimensional sorcery powers that allow her to access the world of Limbo.

At her first opportunity, Dani tries to run away from the facility. However, she soon learns that the entire hospital is surrounded by a powerful and unbreakable force field. The five teenagers are being kept at the facility for unknown reasons. They collectively believe that they are secretly being trained to join Charles Xavier’s X-Men. However, Dr. Reyes constantly reminds them all that they are considered dangerous until they learn to control their powers. Dani and Rahne become fast friends and eventually start a romantic relationship. Illyana does not like the new mutant and constantly tries to provoke Dani. Eventually, Dani confronts Illyana who uses her mutant abilities to summon armor and a psychic sword to attack Dani. Dr. Reyes places Illyana into solitary confinement as a punishment.

Soon after, the group each begin to experience horrifying visions of their past tragedies. Sam relives the mine collapse. Bobby has a vision where he burns Illyana in a swimming pool. Illyana is attacked by her Smiling Men. Rahne is attacked by Reverend Craig (Happy Anderson), the priest from her village in Scotland, who brands her a second time. Illyana determines that it is Dani’s powers that are creating the manifestations. Dr. Reyes consults her employers, which is the evil mutant business, Essex Corporation. The Corporation determines that Dani is too unpredictable to keep around and orders Dr. Reyes to collect her DNA and terminate her.

Dr. Reyes separates Dani from the group under the pretense of running additional tests on her. Rahne grows suspicious of the doctor and follows her into the secret lab via the air ducts. Dr. Reyes straps Dani down on a gurney and prepares to inject her with poison. Dani panics, causing her power to go out of control. Illyana, Bobby, and Sam are attacked by the Smiling Men. Rahne attacks Dr. Reyes and severely wounds her. Rahne tries to wake Dani to control her manifestations, but she is unable to do so. Eventually, Dani awakes but she cannot control her powers.

Dr. Reyes returns and reveals that she too is a mutant. Her mutant ability is to create the force fields which she uses to imprison the five teenagers. Dr. Reyes reveals that she was training them to become killers for the Essex Corporation. As she threatens their lives, Dani loses consciousness and creates the manifestation of the Demon Bear that kills Dr. Reyes. Dani recalls that the Demon Bear was the unseen force that killed everyone in her community. Rahne and Bobby try to protect Dani so that she can gain control of her power and stop the Bear while Sam and Illyana battle the Demon Bear.

Illyana uses her power to jump between limbo and the real world and summons a real-life dragon named Lockheed to assist her in the battle against the Demon Bear. While unconscious, Dani has a vision of her father who tells her that she can defeat the Bear because she is bigger. Dani wakes up and faces her fear, which is what gave the Bear its power in the first place. She confronts the Bear and calms it. The Bear eventually disappears from existence. As day breaks, the teenagers realize that the force fields are down since Dr. Reyes is no longer alive to maintain them. They leave the facility and head to the nearest town.