The Passion of The Christ focusses on the last twelve hours of Jesus of Nazareth’s life. It starts at the Garden of Gethsemane for Jesus’ Last Supper to Judas’ betrayal to his arrest within the city walls of Jerusalem. There, the leaders of the Pharisees confront him with accusations of blasphemy and his trial results in his condemnation to death. 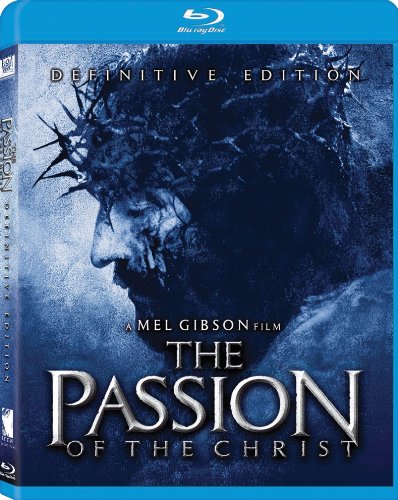 The Passion of the Christ (Definitive Edition) [Blu-ray]

‘The Passion of the Christ’ Movie Summary 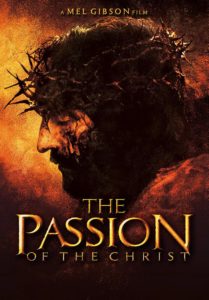 The Passion Of The Christ covers the final twelve hours in the life of Jesus Christ of Nazareth in Jerusalem. It starts in the Garden of Gethsemane, where Jesus pleads in prayer with his Father, Almighty God, to not make him experience what he is about to do. His disciples are asleep as Satan lurks nearby. When Jesus finishes his prayer, he wakes his disciples at the exact time the betrayer Judas Iscariot shows up with the Jewish Temple Guard who have arrived to arrest Jesus after Judas was paid thirty pieces of silver.

Peter, the lead disciple and Jesus’ best friend, pulls out a sword and cuts the ear off one of the guards during the chaos. Jesus calms everyone and heals the ear of the guard as they arrest him and take Jesus away in chains. Peter and the disciples run off in the distance. As Peter follows Jesus from afar, three times Peter denies he is one of Jesus’ disciples when confronted, which leads him to remember a prophecy Jesus made about Peter denying him, which crushes Peter’s soul as he runs away into the night. Judas, overcome with guilt, goes back to the Chief Priest and throws the silver back to the priests and pleads to free Jesus, but the Jewish leaders ignore him.

Jesus is brought to the Temple in Jerusalem where he is falsely accused in a mock trial and declared guilty of blasphemy. Jesus is brought before Roman governor, Pontius Pilate, who questions Jesus and decides he is innocent. Pilate sends Jesus to the idiotic Israeli king, Herod, who makes fun of Jesus but he sends him back to Pilate for sentencing since Jesus ignores Herod’s interrogation. Pilate declares Jesus’ innocence in front of the Jewish leaders, who demand Jesus be held accountable for crimes they say he’s committed. They threaten insurrection if Pilate does not punish Jesus.

Pilate sends Jesus to be whipped, where he is whipped nearly to death. In the meantime, Judas is being eaten alive from the inside due to his remorse and he commits suicide by hanging. Jesus’ mother, Mary, one of his disciples, John, and Jesus’ follower, Mary Magdeline, see Jesus getting whipped and try to cleanse the area after they have removed Jesus. Jesus is brought back to Pilate, who lastly offers up the innocent Jesus against the terminally-deviant and repulsive revolutionary named Barrabas and gives the Jewish leaders a choice – Jesus or Barrabas.

They choose to free Barrabus, then chant for Jesus to be crucified, which Pilate does not want to do. Pilate washes his hands symbolically but the Jewish leaders demand Jesus’ death. Pilate sends Jesus to be crucified. The Roman soldiers put Jesus’ heavy cross on his back and, along with two thieves, and they are forced to carry their own cross to the death site. Jesus falls along the long walk uphill to the crucifixion site so the soldiers force a large bystander to help Jesus carry his cross to the top of the hill. Once to the top of the hill, Jesus and the two thieves are hammered to the wooden crosses with three large spikes and stood up to die in front of the jeering crowd. Mary, John and Mary Magdeline weep in front of Jesus and Jesus prays for the souls of all those in attendance.

As Jesus breathes his last breath, a single teardrop falls from Heaven that creates a huge earthquake and storm that splits the Jewish temple in two, fulfilling another of Jesus’ prophecies which drives Satan insane. When Jesus finally dies, a Roman soldier punctures Jesus’ side with a spear, and Mary has Jesus’ body removed from the cross after the storm passes. Jesus’ body is laid in a black tomb. As the movie ends three days later, the rock is rolled away and the fully alive Jesus rises from the dead with his scars and walks out of the tomb into the sunshine…