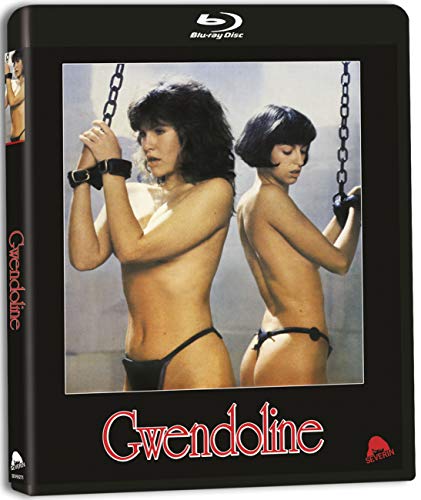 On November 19, 2019, Severin releases a Limited Edition for The Perils of Gwendoline in the Land of the Yik Yak on Blu-ray. Just Jaeckin directed the film starring Tawny Kitaen, Brent Huff, and Zabou Breitman.

In the ‘70s, he created a daring new world of X-rated cinema with EMMANUELLE and THE STORY OF O. And in 1984, Just Jaeckin wrote and directed the most ambitious, audacious, fun – and final – classic of his legendary erotic career: Video vixen Tawny Kitaen (BACHELOR PARTY, WITCHBOARD) and action hero Brent Huff (NINE DEATHS OF THE NINJA, STRIKE COMMANDO 2) star in this “★★★★ kink-o-rama” (Mr. Skin) based on the infamous S&M comic strip and bursting with perilous adventure, bountiful nudity, spectacular production design, eye-popping lesbian bondage, all-new Special Features and more. César Award winning actress/director Zabou co-stars in the “decadent delight and true cult favorite” (WhatCulture.com) that launched Severin Films, now scanned uncut in 4k from the original negative recently discovered in a Paris vault.

Phantom of the Paradise (1974) Hath No Limits on Blu-Ray