In this deceptively simple, nearly wordless tale, a young boy discovers a stray balloon, which seems to have a mind of its own, on the streets of Paris. The two become inseparable, yet the world’s harsh realities finally interfere. 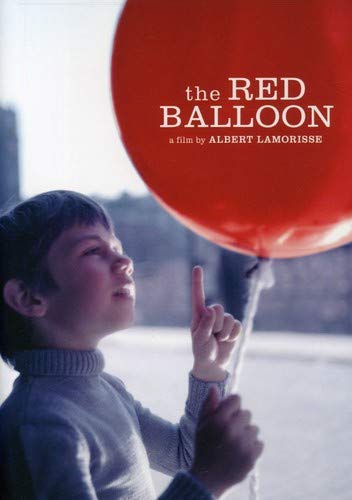 The Red Balloon (The Criterion Collection) 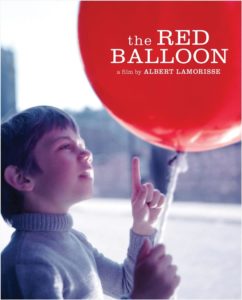 A young boy (Pascal Lamorisse) in Paris, France finds a very large helium-filled red balloon on his way to school one morning. He takes it with him and asks a shopkeeper (Georges Sellier) to hold on to it until after school. He agrees. Once classes are over, the boy fetches it and then wanders the streets of Paris on his way home.

To his surprise, he finds the balloon has a mind of its own once he gets home. His mother (René Marion) disapproves of having the thing in her house, and releases it outside the boy’s bedroom window. However, it doesn’t float away. It floats there and waits for the boy to bring it back inside.

The next morning, Pascal lets the balloon go at his home so he can head to school. The balloon follows him all the way which attracts the attention of a dog and various Parisians… well the Parisians seem quite indifferent towards it.

The red balloon teases the children once at school when it floats above them and doesn’t let them catch it. After all the kids go into their classroom, the balloon floats to the door where the principal (Vladimir Popov) tries to catch it too. It won’t let him so the principal instead locks the boy in his office. When the principal leaves the school to run an errand, the balloon chases after him and torments him along the way. The principal tries to catch the balloon again, but can not. So he continues on. The balloon continues to follow him through the streets of Paris until he returns to school and lets Pascal go at the end of classes that day.

Reunited, the two head home. On the way, the boy meets a young girl (Sabine Lamorisse) with a blue balloon which has a mind of its own, like his. Maybe little purple balloons are in their future? No. It’s not to be. The boy goes one way with his balloon; the girl goes the other way with hers.

Meanwhile, evil Parisian kids lurk with envy in their hearts. They chase after the boy with the intent to steal his red balloon. So the boy releases it into the air. He escapes the brats and runs to his apartment. The balloon floats up to his window and the boy safely brings it inside.

We cut to Sunday where the boy and his mother head to church. Red isn’t welcome in God’s house, but it follows them there anyway. When it enters through the front door, the church’s beadle promptly escorts the three out and then scolds mom a bit for bringing so much color into their dark church.

With no internet or streaming service available to entertain the boy, he must entertain himself. He takes the balloon on a stroll through his neighborhood, but that’s when more evil Parisian kids strike. The boy heads into a pastry shoppe to buy a snack while the balloon waits outside for him. The gang sneaks up on the balloon and steal it.

The boy tracks it down and saves the balloon from the gang’s attack on it. However, those evil brats don’t give up easy and they take chase. After a tense few minutes through narrow alleyways, the gang catches them.

Some of the gang hold the young boy back while others throw rocks at the balloon. When one of the thugs hits the balloon with his slingshot, he pops a hole in it. It slowly loses helium and sinks to the ground. Another boy steps on it, killing the balloon forever.

All the other sentient balloons in Paris suddenly leave their child friend behind and fly to Pascal. He grabs their strings until he has enough of them to lift him into the air for a balloon ride over Paris.

The film ends with him high in the sky for a happy ending… and hopefully a safe landing.