Boris Lermontov is the impresario of the famous Ballet Lermontov in London. Young composer Julian Craster learns that some his compositions have been plagiarized by one of Lermontov’s composers, and the impresario offers Julian a job with the company. At the same time, unknown dancer Vicky Page is offered an opportunity to dance with the company. Julian and Vicky soon begin to fall in love just as their careers begin to take off. But when their relationship begins to interfere with Lermontov’s plans, the young lovers will soon be set onto a tragic path. 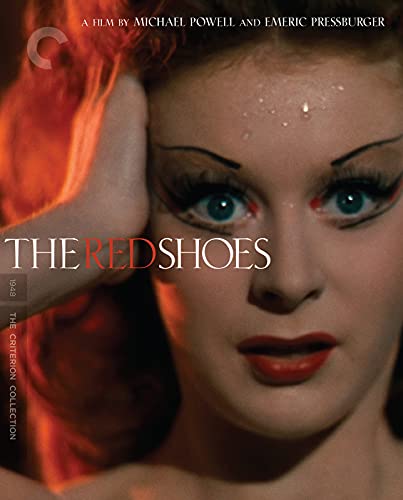 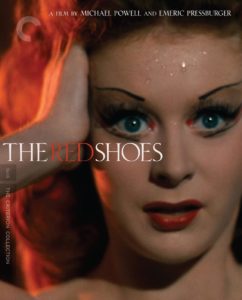 As the film begins, Julian Craster (Marius Goring) is a music student who is eager to hear the ballet score Heart of Fire, composed by Professor Palmer (Austin Trevor), his teacher. However, after hearing a few lines of the music during a performance by the Ballet Lermontov at the Covent Garden Opera House, Julian realizes that the professor has plagiarized some of Julian’s music. Julian hurriedly leaves in the middle of the performance disgusted at his professor’s fraud. Also present is Victoria “Vicky” Page (Moira Shearer), a young dancer who attends the ballet with her aunt Lady Neston (Irene Brown). During the performance, Lady Neston sends an invitation to Professor Palmer and the company’s impresario Boris Lermontov (Anton Walbrook) to attend her after-ballet party at her residence. Lermontov and Vicky meet, and he invites her to a rehearsal for the company.

In his anger, Julian writes a letter to Lermontov to explain the theft of his music for Heart of Fire. However, he rethinks his decision and attempts to retrieve the letter from Lermontov. Unfortunately, the impresario has already read the letter and asks Julian to play some of his own work for him on the piano. After hearing Julian play, he hires him as an assistant to the company’s conductor, Livingstone “Livy” Montague (Esmond Knight). Lermontov realizes that Julian is the true composer of Heart of Fire and wants to use him for his talent.

Both Julian and Vicky arrive for work at the Ballet Lermontov on the same day. Julian begins to take on his unglamorous role as an assistant conductor. Meanwhile, Vicky dances with the company, but does not catch the eye of Lermontov. Some time later, Vicky is directed to dance in Swan Lake for a matinee performance with the Ballet Rambert. Lermontov attends a portion of the performance and sees the potential in Vicky. A few days later, Vicky is invited to go with the company to Paris and Monte Carlo. Lermontov decides to create a starring role for Vicky in a new ballet, The Ballet of the Red Shoes, for which Julian has been charged with providing the music.

Upon it debut, The Ballet of the Red Shoes is a huge success and Vicky’s star begins to rise. Lermontov organizes the company’s repertoire with Vicky in many of the lead roles. At the same time, the impresario tasks Julian with composing new scores for each of the performances. Over the course of time, Julian and Vicky fall in love but keep their relationship a secret from Lermontov who begins to have his own feelings for Vicky. Once he learns of the relationship, Lermontov fires Julian in retaliation. Vicky follows her love and leaves the company. Once in London, Julian and Vicky marry, and Julian begins working on his own new opera.

Lermontov dwells on his anger. However, he eventually visits Vicky while she is traveling. He offers her a chance to return to the stage in a revival of The Ballet of the Red Shoes. Desperate to return to the stage, Vicky agrees. On opening night, Julian shows up in her dressing room and confronts her. Julian has left the premiere of his own opera to find her and take her back to London. Lermontov arrives during the argument. He and Julian fight over Vicky’s affections, each one believing that they are the one who holds the key to Vicky’s ultimate happiness. Vicky is torn between her need to dance and her love for her husband Julian. Ultimately, she chooses to stay with Lermontov.

Julian realizes that he has lost the love of his life and leaves for the nearby railway station. Lermontov attempts to console the despondent Vicky and tries to focus her attention on the evening’s performance. Vicky is escorted to the stage wearing the red shoes and, seemingly under their influence, turns and runs from the theatre. Vicky runs to the edge of a balcony and calls for her husband. Julian, standing on the platform of the railway station, turns and runs towards her. Vicky leaps from the balcony and falls in front of an approaching train, which hits her. The audience is left wondering if the red shoes made her do it, or if Vicky committed suicide.

Shortly afterwards, a shaken Lermontov appears before the audience and announces Vicky’s death. The ballet goes on without her with an empty spotlight playing the role in her place. At the same time, Vicky bleeds to death along the side of the railroad. She asks Julian to remove the red shoes, just as the ballet comes to an end.