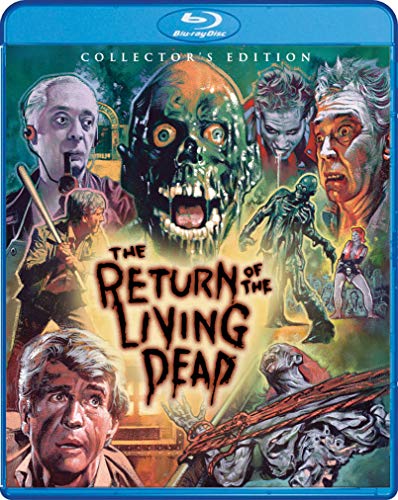 The Return Of The Living Dead [Collector's Edition] [Blu-ray]

‘The Return Of The Living Dead’ Movie Synopsis

On his first day on the job at a medical supply warehouse, poor Freddy unwittingly releases toxic gas from a secret U.S. military canister; unleashing an unbelievable terror. The gas reanimates an army of corpses, who arise from their graves with a ravenous hunger for human brains! Luckily for those carnivorous cadavers, there’s a group of partying teens nearby, just waiting to be eaten!