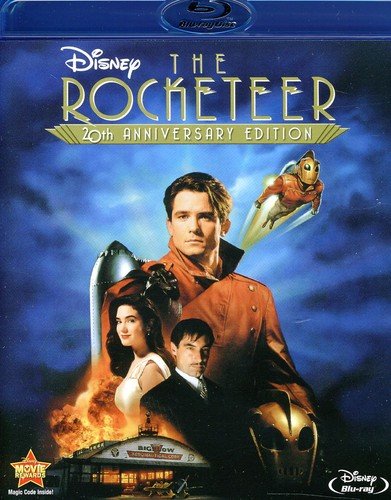 Based on the comic book hero created in the 1980’s, the Rocketeer recreates 1930’s Hollywood, complete with the dangerous world of violent gangsters and Nazi espionage. Set in the backdrop of the early years of the Age of Aviation, young pilot Cliff Secord stumbles on a top-secret rocket-pack and soon finds himself fighting for his life against the Valentine gang and Nazi spies, while trying to stay a step ahead of the FBI. Cliff is assisted by his mechanic/mentor Peevy and his girlfriend Jenny as he learns what it means to be the flying hero known as The Rocketeer.