In The Ruling Class, after a member of the House of Lords accidentally hangs himself while wearing a white tutu, his son, Jack 14th Earl of Gurney, inherits his estate. However, not only is Jack insane, but he thinks he is Jesus Christ (You may call him JC). Elsewhere in the mansion, other members of their family hatch a plan to steal the estate from him. However, this results in Jack’s psychiatrist “curing” him of his madness, but also transforms him into Jack the Ripper incarnate. 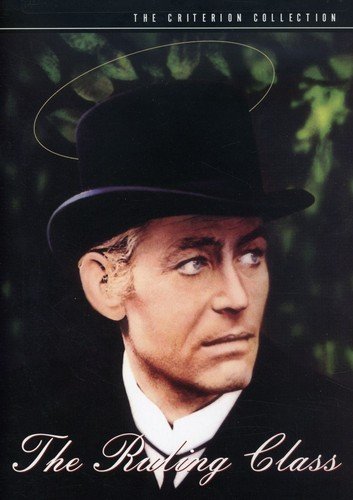 The Ruling Class (The Criterion Collection) 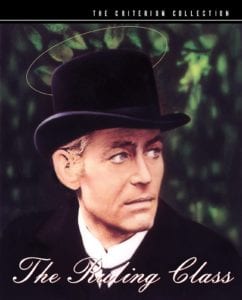 After the accidental passing of the 13th Earl of Gurney – who dies under…ahem…questionable circumstances, the next lord in line is released from the sanitarium, free to take his place as lord of the Gurney estate. Jack Gurney, now the 14th Earl of Gurney, arrives at the manor dressed in a monkish robe and brandishing a long, luscious head of hair. As he asks his gathered family members to join in prayer, Jack declares that they need not tell him their needs. He knows them already. He is “the sun and the moon, the divine mover and remover, the God of Love, the Christ!”

After J.C. joyfully chases two society matrons out of the manor, declaring himself the Resurrection and the Life, his overlooked uncle Sir Charles plots to control the title and wealth he’s lost in the line of bequeathment. By encouraging the God of Love to marry, Sir Charles and his wife Lady Claire can lie in wait for a new heir, one they hope they can control.

Unfortunately for Charles, Jack declares himself already married to la dame aux camellias, the consumption victim prostitute from the Alexandre Dumas novel and La Traviata. Sir Charles takes advantage of this discovery by hiring his mistress Grace to play the part of the Lady of the Camellias. In spite of the belligerent attempts made by Jack’s cousin Dinsdale to prove that the Lady of the Camellias is a fictional character and that Grace is Sir Charles’ ‘bit on the side,’ his lordship will not listen to such a negative insinnuendo! Jack and Grace ‘renew’ their wedding vows and Sir Charles waits for the child who will help him control the estate.

Unfortunately for Sir Charles, Grace appears to have fallen in love with the God of Love. Sir Charles and Jack’s psychiatrist retaliate by attempting to shock the J.C. out of him. On the night Grace is to give birth, another paranoid schizophrenic appears at the manor – this one is the High Voltage Messiah, the Electric Christ, the AC/DC God. Barney Entwistle can’t withstand the shock of this discovery, and after the High Voltage Messiah shoots him with ten million watts of electricity!…Jack awakens and declares himself simply, Jack.

Time passes happily for everyone on the Gurney estate as they observe Jack’s incredible transformation into a man of good breeding and high moral stature. Little do they know that the nobleman of which they all approve still believes he’s God – this time, he’s the God of vengeance, of punishment…of Jack the Ripper!

After rousing the community into a song and dance promotion of corporal punishment, everyone joyfully anticipates Jack’s first opportunity to take his seat in the House of Lords. But first, the earl must rid the world of whores; so, when Jack’s aunt Lady Claire makes a pass at him, Jack’s schizophrenic mind places them in a London alley where he stabs her to death.

At the House of Lords, Jack makes a brilliantly sadistic speech about the importance of returning to the traditions and old world rules that had once made England great: corporal punishment, strict moral and religious observances, destruction of all sexual promiscuity. This earns a standing ovation from the House of Lord, who to Jack appear to be dusty skeletons in formal robes.

Grace appears, singing an acoustic guitar love song to ‘her Jack.’ Jack, in turn, stabs her to death. As we view the estate from above, Grace’s blood-curdling scream rises in the air and is followed by the cheerful coo of her son: “I’m Jack!”