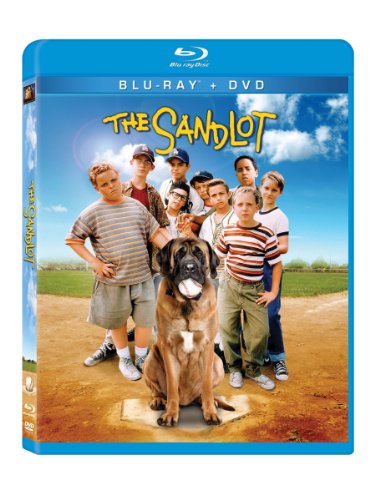 20th Century Fox Home Entertainment has announced that they are bringing The Sandlot: 20th Anniversary Edition to Blu-ray this March. The film is directed by David M. Evans and was written by Evans and Robert Gunter. The Sandlot starred Tom Guiry, Mike Vitar, Patrick Renna, Chauncey Leopardi, Denis Leary, Karen Allen, and James Earl Jones. The film will be available online and in stores beginning on March 26, 2013.

The Sandlot tells the story of Scotty Smalls (Guiry), who moves to a new neighborhood with his mom and stepdad, and wants to learn to play baseball. The neighborhood baseball guru Rodriquez (Vitar) takes Smalls under his wing, and soon he’s part of the local baseball buddies. They fall into adventures involving baseball, treehouse sleep-ins, the desirous lifeguard at the local pool, the snooty rival ball team, and the travelling fair. Beyond the fence at the back of the sandlot menaces a legendary ball-eating dog called “The Beast”, and the kids inevitably must deal with him.

The Sandlot was released in April of 1993 and grossed over $33 million in worldwide box office. The film found a wider audience once it was released on video, and was followed by two sequels.

Disclaimer: Affiliate links are contained in this post. This means when you click a link, and purchase an item, Movie House Memories will receive an affiliate commission. Advertisers and Affiliate Partnerships do not influence our content. See our Terms of Use about the inclusion of affiliate links on this site for more information.
February 23, 2013
1 minute read
Show More
Back to top button
Close
Close