After a serial killer nicknamed Buffalo Bill commits a string of grisly murders, the FBI sends a wet-behind-the-ears trainee named Clarice Starling to investigate. Hoping to better understand the killer, Clarice accepts the help of an incarcerated mass murder named Dr. Hannibal Lecter. As Clarice delves into the dark mind of a homicidal maniac, she must stay strong in order to catch Bill. 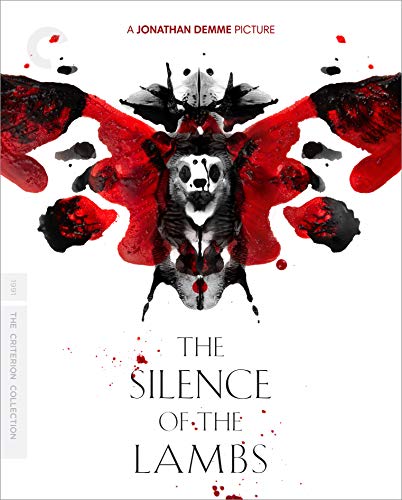 The Silence of the Lambs (the Criterion Collection) [Blu-ray]

‘The Silence of the Lambs’ Movie Summary 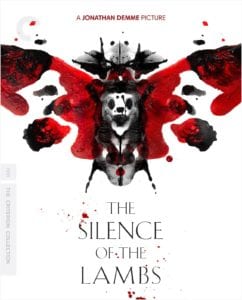 In 1991, Jonathon Demme re-introduced the cinematic audience to a character that left such an impression on movie going fans, that we haven’t been able to think of Chianti and fava beans the same way since. Dr. Hannibal “The Cannibal” Lecter, played to Academy Award winning perfection by Sir Anthony Hopkins, both frightened and fascinated us with his combination of his sophistication and menace.

Although he had little screen time, and was neither the big menace nor the hero, his portrayal of the character left the audience dying for more, which they eventually got in an inferior prequel and sequel, and a couple of knock off versions.

The film begins with our hero Clarice Starling, played by Jodie Foster, being pulled from her training at the FBI Academy at Quantico, Virginia by Jack Crawford, an agent in the Bureau’s Behavioral Science Unit. Crawford tasks Starling with attempting to get Lecter, a former psychiatrist and incarcerated cannibalistic serial killer, to participate in a survey whose goal is to help understand the minds of serial killers.

However, Crawford’s real agenda is to get Lecter to agree to help the Bureau catch the serial killer nicknamed “Buffalo Bill”, a mysterious murderer who skins his female victims’ corpses.

Starling travels to the Baltimore State Hospital for the Criminally Insane, where she encounters Dr. Frederick Chilton, the man who is responsible for “treating” Lecter and maintaining his captivity. Starling is warned against approaching Lecter’s glass walled cell, and more importantly, allowing Lecter into her head. Although initially pleasant and courteous, Lecter grows impatient with Starling’s attempts at “dissecting” him and rebuffs her.

As she is leaving, one of the other prisoners, Migs, flicks semen at her. Lecter, who considers this act “unspeakably ugly”, calls Starling back and tells her to seek out an old patient of his as a form of an apology. Lecter’s information lead Starling to a storage shed where she discovers a man’s severed head with a sphinx moth lodged in its throat. Starling returns to Lecter, who tells her that the man is linked to “Buffalo Bill”. Lecter offers to assist Starling in profiling “Buffalo Bill” on the condition that he be transferred away from Chilton, whom he detests and thinks a buffoon.

Meanwhile, “Buffalo Bill” abducts a U.S. Senator’s daughter by the name of Catherine Martin. With Martin’s abduction making “Bill” the national story, Crawford authorizes Starling to offer Lecter a fake deal promising a prison transfer if he provides information that helps them find Buffalo Bill and rescue Catherine. Lecter is willing to accept the deal as long as Starling agrees to share personal information about herself as well.

While Lecter parses out information about “Bill”, Starling tells Lecter about the murder of her father when she was ten years old. Lecter reveals that “Bill” is a man who believes he is meant to be a woman, and acts out violently due to his desire to change. Unbeknownst to the Lecter and Starling, Chilton secretly records the conversation and reveals Starling’s deceit before offering Lecter a deal of Chilton’s own making. Lecter agrees and is flown to Memphis, Tennessee, where he verbally torments Senator Martin and gives her misleading information on “Bill” including the anagram name “Louis Friend”.

Although she has been kicked off the case, Starling notices that “Louis Friend” is an anagram of “iron sulfide”—fool’s gold. She tricks her way into visiting Lecter, who is now being held in a cage-like cell in a Tennessee courthouse, and asks for the truth. Lecter teases her and tells her that all the information she needs is contained in the case file.

Rather than give her the real name, he insists that they continue their quid pro quo and she recounts a traumatic childhood incident where she was woken by the sound of spring lambs being slaughtered on a relative’s farm in Montana. Starling admits that she still sometimes wakes in the night thinking she can hear lambs screaming, and Lecter speculates that she is motivated to save Catherine in the hope that it will end the nightmares. Lecter gives her back the case files on “Buffalo Bill” after their conversation is interrupted by Chilton and the police who escort her from the building. Later that evening, Lecter brutally kills his guards in a horrific manner, escapes from his cell and disappears.

After Starling analyzes Lecter’s annotations to the case files and realizes that “Buffalo Bill” knew his first victim personally. Starling travels to the victim’s hometown and discovers that “Bill” was a tailor, with dresses and dress patterns identical to the patches of skin removed from each of his victims. She telephones Crawford to inform him that “Bill” is trying to fashion a “woman suit” of real skin.

Crawford informs Starling that he is already en route to make an arrest, having cross-referenced Lecter’s notes with hospital archives and finding a man named Jame Gumb, who once applied unsuccessfully for a sex-change operations at several of the leading hospitals. Starling continues with her investigations in hopes of finding more information to tie Gumb to the first victim while Crawford leads an F.B.I. tactical team to Gumb’s address in Illinois. However, the house in Illinois is empty, and Starling is led to the house of “Jack Gordon”, who she realizes is actually Jame Gumb when she sees a sphinx moth flying around the house.

When Gumb knows that Starling is on to him, Gumb flees into the underground labyrinth of his homicide home. Starling pursues him into his multi-room basement, where she discovers that Catherine is still alive, but trapped in a dry well. Gumb attempts to turn the tide on Starling by turning off the basement lights and stalking Starling in the dark with his night-vision goggles. However, when Gump cocks his gun, the sound alerts Starling and she is able to turn and fire, killing Gump in a hail of gunfire.

The film than switches to Starling’s graduation from the Academy. She is congratulated by Crawford, and is told she has a phone call. The call is from Lecter, who also congratulates Starling as well and inquires as to whether the lambs had indeed stopped screaming. The scene shows Lecter in some third world country, disguised and free. Lecter tells Starling that he does not plan to pursue her and asks her to return the favor, which she says she cannot do. Lecter then hangs up the phone, saying that he is “having an old friend for dinner” and starts following a newly arrived Chilton before disappearing into the crowd.

Orion Pictures released The Silence of the Lambs to theaters on February 14, 1991. Jonathan Demme directed the film starring Jodie Foster, Anthony Hopkins, and Lawrence A. Bonney.