Philadelphia child psychologist, Dr Malcolm Crowe, takes his first new case since a near death experience incident one year ago. When he meets a troubled eight-year-old boy named Cole Sear who exhibits the same symptoms similar to one of his former patients. Cole has a sixth sense which allows him to see the dreadful and unquiet dead people who linger on this earth. 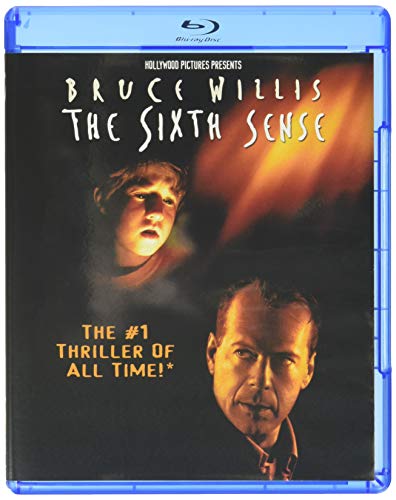 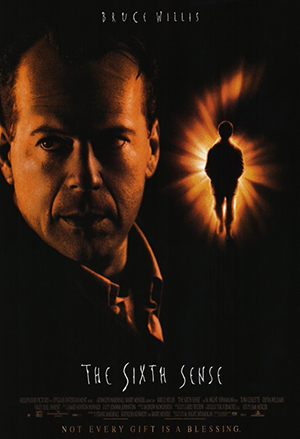 The Sixth Sense begins on the night Dr. Malcolm Crowe, a well-respected child psychologist in Philadelphia, receives honors for his years of work. Vincent Grey, an old patient of his, breaks into Malcolm’s home. He accuses Malcolm of failing to cure him of all his problems when he was a child. Blaming his years of torment on Malcolm, Vincent shoots Malcolm in front of his wife, Anna, as she stands there helpless. Vincent then turns the gun on himself, and he falls to the ground, dead.

Fast forward to the next fall, and we meet nine-year-old Cole Sear. Cole exhibits the same symptoms that ailed Vincent as a boy, and Malcolm commits to saving Cole. He doesn’t want the boy to end up like Vincent, but this commitment comes at the expense of Malcolm’s personal life.

Since the shooting, his wife no longer pays attention to him, and he feels shut out. Malcolm even finds he’s shut out from rooms in his own house; such as his basement office which Anna now keeps locked.

Malcolm sees Cole’s torment, but Cole won’t open up and share his secret with Malcolm. Eventually, Cole does come to trust Malcolm, and tells him that he sees dead people every day of his life. They don’t know they are dead; they only see what they want to see.

Malcolm believes Cole needs more help than he can give him. However, later that night, as he contemplates institutionalizing the boy, Malcolm goes through old recordings of sessions with a young Vincent. There, he hears something he never heard before. Turning up the recording, Malcolm hears a man sobbing. He’s asking Vincent for help in Spanish.

Knowing that Vincent is alone at that point, Malcolm believes that Vincent could see dead people too, and the man on the recording is a ghost wanting Vincent to help him. This leads Malcolm to believe that Cole is actually telling him the truth.

Malcolm tells Cole that he believes if Cole can help the ghosts with any unfinished business they might have on Earth, he will help himself too. Although Cole is extremely fearful of most of the ghosts, Cole trusts Malcolm. He gets up the courage to talk to one later that night; a teen-aged girl named Kyra, who has recently died. Kyra asks Cole to go to the reception after her funeral, and find a videotape she secretly kept showing her mother poisoning her food.

Her mother suffers from Münchausen syndrome by proxy, and now that Kyra is dead, her little sister is experiencing all of her mother’s abuse. Luckily, with Cole’s help, he exposes Kyra’s mother for the killer she is. Now that Kyra’s sister is safe, Kyra can pass on in peace.

It turns out that Malcolm is right, and Cole now understands he can coexist with the ghosts without fear. He begins to live a more normal life. After a performance of a school play, which Cole plays the lead, Malcolm says his goodbyes to Cole. Satisfied that he has helped cure Cole, Malcolm sets out to fix his broken relationship with his wife. However, before he can leave, Cole recommends that Malcolm talk to Anna while she sleeps, and the two part ways forever.

On the way home from school, Cole rides in the car with his mother, Lynn. When they get stuck in a traffic jam, Cole tells his mother that the reason for the jam is because a car killed someone up ahead. He knows it’s true because the dead woman is standing outside their car next to them. It is then that Cole tells his mother his secret that he can see dead people. When Lynn doesn’t believe him, Cole starts talking about his deceased grandmother—Lynn’s mom, and how she visits him. Cole tells her things that only Lynn would know.

Cole reminds Lynn about the last time she visited her mother’s grave, and he tells her the answer to her question is, “Every day,” but he doesn’t know the question. Lynn says the question she asked her mother is, “Do I make you proud?” The two cry in each other’s arms; Cole because his mother accepts him for who he is, and his mother because she is relieved that her son is not a freak.

The movie ends with Malcolm returning home to Anna. She’s asleep on the couch with the video of their wedding day playing on the TV in front of her. Malcolm takes Cole’s advise, and talks to her while she sleeps. In a slumber, she asks him why he left her, and drops his wedding ring on the floor. As Malcolm watches it roll to a stop, he comes to the horrible realization that he didn’t survive Vincent’s gunshot that night. He’s actually a ghost himself.

Now that Malcolm fully understands his failure with Vincent, he tells Anna that he loves her, and that she has never been second in his life. Finally at peace with himself, Malcolm moves on from the living world and into the light—wherever that takes him.