In The Spy Who Loved Me, the British Government discovers someone has perfected a way of tracking submerged submarines. With this technology available to the highest bidder, a Royal Navy Polaris submarine, equipped with sixteen nuclear warheads, soon disappears while on patrol. James Bond springs into action to find it. As he races against the clock, he must locate the tracking device, find the missing vessel, and wrestle with beautiful babes looking for a piece of him. 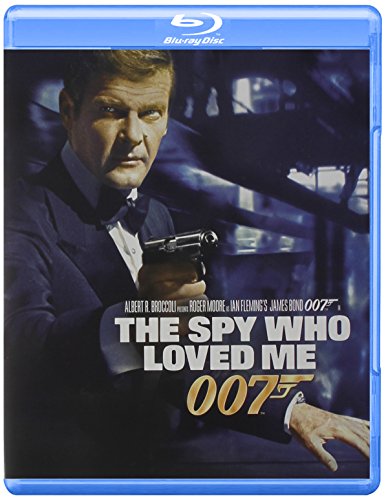 The Spy Who Loved Me [Blu-ray]

‘The Spy Who Loved Me’ Movie Summary 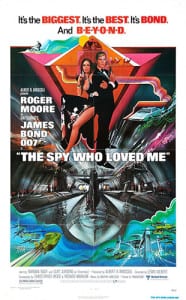 British and Soviet ballistic-missile submarines mysteriously disappear. MI6 calls James Bond to investigate. On the way he escapes an ambush by Soviet agents in Austria, killing one during a downhill ski chase. Bond learns that the plans for a highly advanced submarine tracking system are on the market in Egypt. There, he encounters Major Anya Amasova—KGB agent Triple X—his rival for the plans.

They travel across Egypt together, tracking the microfilm plans among ancient Egyptian ruins. Jaws, a tall assassin with a metal mouth attacks them. Jaws manages to smash their car up, but they escape. Bond and Amasova later team up, due to a truce supported by their respective superiors, and identify the person responsible for the thefts as shipping tycoon, scientist, and anarchist Karl Stromberg.

While traveling by train to Stromberg’s base in Sardinia, Bond keeps Jaws from killing Amasova in her train car, and she settles in for some of Bond’s signature intrigue. Bond and Amasova pose as marine biologists and visit Stromberg’s base and discover that he has a mysterious new supertanker, the Liparus. Bond finds out that the Liparus has never visited any known port or harbor, and Amasova learns that Bond killed her lover in Austria; she promises Bond that she will kill him when their mission ends.

The Liparus then captures an American submarine with Bond and Amasova on it to investigate the Liparus. They learn Strobmerg plans to launch nuclear missiles with the captured submarines; triggering a global nuclear war. Of course, Stromberg would survive in Atlantis. He leaves for, Russian and American submariners and they battle the Liparus’s crew. Bond destroys the rogue submarines and the boys destroy the Liparus. Bond then rescues Amasova just in time to improve international relations with Russia in his own signature way.