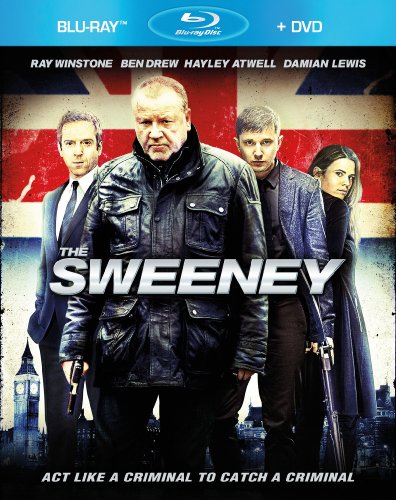 Koch Entertainment has announced that it will bring the action crime drama The Sweeney to Blu-ray this April.  The hard-hitting British film, directed by Nick Love and starring Ray Winstone, Ben Drew, Golden Globe winner Damian Lewis, Hayley Atwell, and Steven Mackintosh, will be available in stores in the United States April 2, 2013.

The Sweeney proves you have to sometimes act like a criminal to catch a criminal.  Armed and dangerous, the Sweeney Flying Squad are old school crime fighters enforcing the law.  Led by legendary detective Jack Regan (Winstone) and his loyal partner George Carter (Drew), the squad have their own unique way of operating and always get results.  With a bank heist in progress and his old enemy making a reappearance on the London crime scene, Regan will do whatever it takes to get the job done, even defying orders from his no-nonsense boss (Lewis).

The Sweeney will make its debut in U.S. theaters on March 1, 2013 for a short theatrical run. Exact technical specs and supplemental features to be included with this upcoming release are yet to be officially detailed.

Disclaimer: Affiliate links are contained in this post. This means when you click a link, and purchase an item, Movie House Memories will receive an affiliate commission. Advertisers and Affiliate Partnerships do not influence our content. See our Terms of Use about the inclusion of affiliate links on this site for more information.
February 4, 2013
1 minute read
Show More
Back to top button
Close
Close