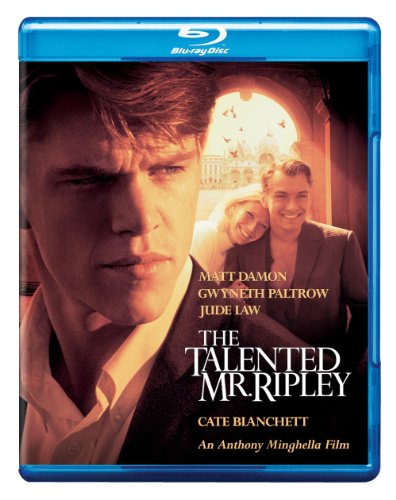 Warner Bros. Home Entertainment has announced the addition of the dramatic thriller The Talented Mr. Ripley to their upcoming slate of Blu-ray releases. The film was written and directed by Anthony Minghella and starred Matt Damon, Gwyneth Paltrow, Jude Law, Cate Blanchett, Philip Seymour Hoffman, Jack Davenport, and Philip Baker Hall. The Talented Mr. Ripley will be available for purchase online and in stores beginning on September 10th.

In the film, Tom Ripley (Damon) is a bright and charismatic sociopath who makes his way in mid-50’s New York City as a men’s room attendant and sometimes pianist, though his real skill is in impersonating other people, forging handwriting, and running second-rate scams. After being mistaken for a Princeton student, Tom meets the shipping tycoon father of Dickie Greenleaf (Law), who has traveled to the coast of Italy, where he’s living a carefree life with his father’s money and his beautiful girlfriend, Marge (Paltrow). Dickie’s father offers to pay Ripley $1,000 plus expenses if he can persuade Dickie to return to America. As Ripley and Dickie become friends, Tom finds himself both attracted to Dickie and envious of his life of pleasure. In time, he decides that he would rather be Dickie Greenleaf than Tom Ripley.

The Talented Mr. Ripley was released in December of 1999 and grossed over $128 million in worldwide box office. The film was nominated for five Academy Awards, including Best Supporting Actor (Jude Law.)

Disclaimer: Affiliate links are contained in this post. This means when you click a link, and purchase an item, Movie House Memories will receive an affiliate commission. Advertisers and Affiliate Partnerships do not influence our content. See our Terms of Use about the inclusion of affiliate links on this site for more information.
July 11, 2013
1 minute read
Show More
Back to top button
Close
Close