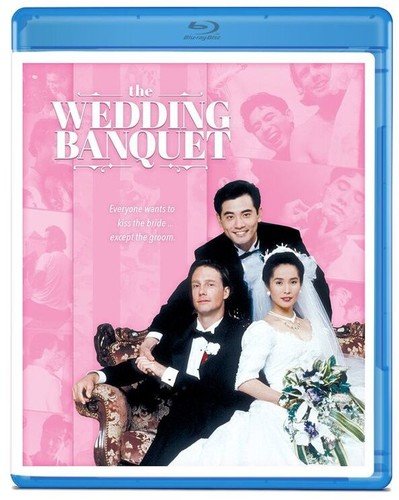 Ang Lee (Life of Pi) directs this heartwarming comedy about a young gay man who, in order to placate his traditional parents, must hide his “secret” and marry in The Wedding Banquet.

Gay couple Wai-Tung (Winston Chao, Eat Drink Man Woman) and Simon (Mitchell Lichtenstein, Streamers) are happily cohabitating in New York when word comes from Wai-Tung’s parents, who, tired of waiting for their son to marry and give them grandchildren, have hired a dating service to get him closer to the altar. Wai-Tung and Simon hatch a plot that’ll see Wai-Tung married to Wei-Wei (May Chin, Woman Soup), an acquaintance in need of her green card. Problem solved. That is, until Wai-Tung’s parents announce a visit and insist that a customary wedding banquet is given to atone for the less-than-spectacular city hall marriage ceremony. And there’s another surprise. Could there soon be the pitter patter of little feet?

The Wedding Banquet, written for the screen by Ang Lee, Neil Peng and James Schamus, brings together an eclectic cast of American and Asian actors including Sihung Lung and Ah-Leh Gua, who would both appear in Ang Lee’s follow-up film, Eat Drink Man Woman.

Disclaimer: Affiliate links are contained in this post. This means when you click a link, and purchase an item, the MHM Podcast Network will receive an affiliate commission. Advertisers and Affiliate Partnerships do not influence our content. See our Terms of Use about the inclusion of affiliate links on this site for more information.
August 29, 2017
698 1 minute read
Show More
Subscribe
Login
0 Comments
Inline Feedbacks
View all comments
Most Recent Posts
Facebook Twitter LinkedIn Tumblr Pinterest Reddit
Back to top button
Close
wpDiscuz
0
0
Would love your thoughts, please comment.x
()
x
| Reply
Close