In modern day Japan, Wolverine is out of his depth in an unknown world as he faces his ultimate nemesis in a life-or-death battle that will leave him forever changed. Vulnerable for the first time and pushed to his physical and emotional limits, he confronts not only lethal samurai steel but also his inner struggle against his own near-immortality, emerging more powerful than we have ever seen him before. 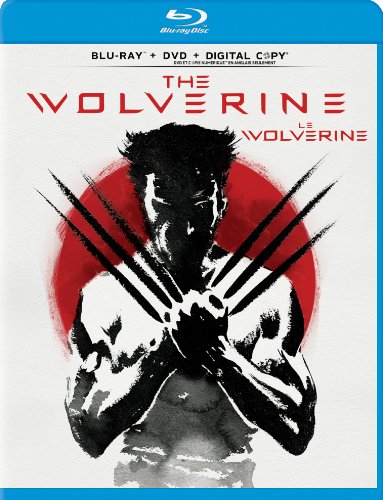 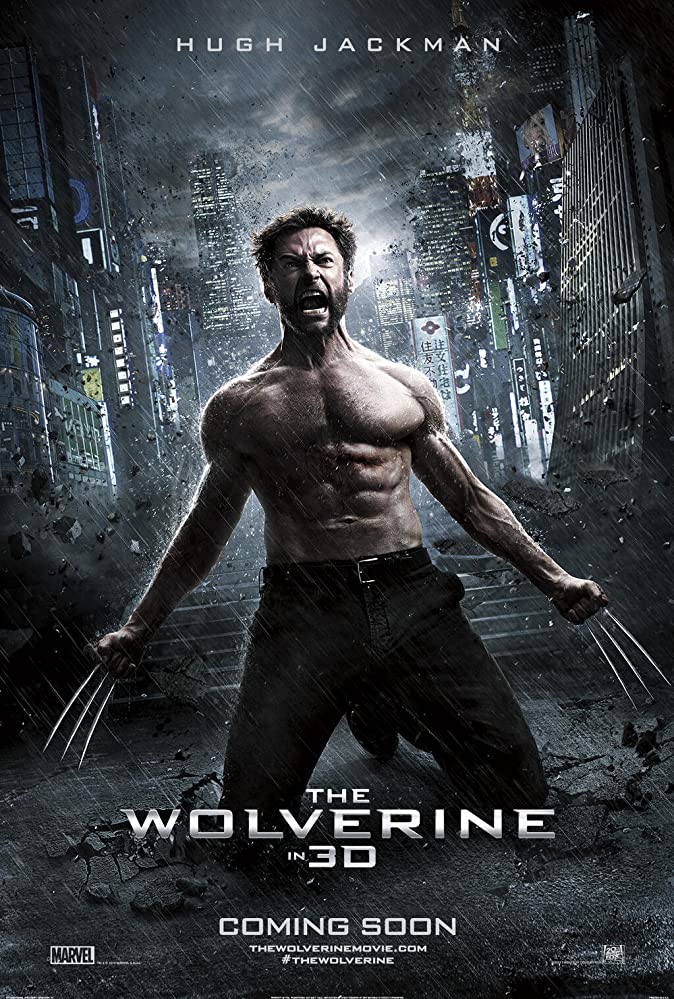 In 1945, James “Logan” Howlett (Hugh Jackman) is being held captive in a Japanese prisoner of war camp near Nagasaki. The Americans drop the second atomic bomb on Nagasaki and Logan saves a Japanese officer named Ichirō Yashida (Ken Yamamura) from the destructive blast by shielding the man with his own mutant body. Logan’s mutant healing factor allows him to recover quickly from the radiation burns.

In the present day, Logan is living a solitary life in the deep forests of the Yukon. Logan is still haunted by his responsibility in the death of Jean Grey (Famke Janssen) during the events of X-Men: The Last Stand. A young Asian girl named Yukio (Rila Fukushima) tracks and locates Logan when he comes into town to confront some illegal hunters. Yukio is a mutant who has the ability to foresee people’s death. Yukio has been sent by an elderly Ichirō to bring Logan back to Japan. Ichirō is now a wealthy CEO of a company in Japan who is dying of cancer. Ichirō wants to repay Logan for saving his life years before.

Once arriving in Tokyo, Logan meets Ichirō’s son, Shingen Yashida (Hiroyuki Sanada), and granddaughter, Mariko Yashida (Tao Okamoto). Shingen shows his disdain for the mutant immediately, while Mariko seems sad and distant to Logan. Ichirō offers to have Logan’s healing abilities transferred into his body. This would allow Ichirō to continue living, possibly forever and alleviate Logan of his curse of near immortality. Logan refuses and states that he will leave the next day. That night, Ichirō’s doctor, Dr. Green (Svetlana Khodchenkova) sneaks into Logan’s room and implants something in his chest. Logan vaguely remembers the incident the next day and believes that it was only a dream.

The next morning, Yukio informs Logan that Ichirō died during the night. Logan decides to stay and attend the funeral. Yakuza gangsters attempt to kidnap Mariko at the funeral, but Logan intervenes and the two go on the run together. Logan is shot and stabbed multiple times during the escape, and for some reason, his wounds are not healing. Mariko takes Logan to an animal doctor to patch up his wounds so that they can keep him moving. Eventually, Logan and Mariko find sanctuary at Ichirō’s house in Nagasaki. The two spend some time together and begin to fall in love.

Meanwhile, Ichirō’s bodyguard and Mariko’s former lover, Kenuichio Harada (Will Yun Lee), meets with Dr. Green who orders him to find Logan and Mariko. Dr. Green states that she needs Logan alive. In Tokyo, Yukio has a vision of Logan dying while lying on a table with his hand in his own chest. She heads out to find Mariko and Logan to warn him.

In Nagasaki, Mariko is kidnapped by the Yakuza. Logan interrogates one of the gang members, and then leaves with Yukio to go back to Tokyo to save Mariko. They stop at the apartment of Mariko’s fiancé, Noburo Mori (Brian Tee), who confesses to Logan that he conspired with Shingen to have the Yakuza kidnap Mariko because Ichirō left the company to Mariko, and not Shingen.

Meanwhile, the Yakuza kidnappers bring Mariko before Shingen at Ichirō’s estate. A group of ninjas, led by Harada, attack and take Mariko away to Dr. Green. Shingen is injured during the attack. Logan and Yukio arrive and use Ichirō’s x-ray machine to examine Logan to find out why he is not healing. They find a metallic parasite near his heart that is suppressing his healing ability. Logan cuts himself open and tries to extract the parasite using the x-ray. Yukio tells Logan that this was her vision of how Logan dies. Suddenly, Shingen attacks. The x-ray is damaged, forcing Logan to perform his self-surgery blind.

Yukio battles Shingen with swords, trying to protect the vulnerable Logan. Logan is able to extract the parasite, but his heart stops at the conclusion of the procedure. Yukio is knocked unconscious during the sword fight, and Shingen prepares to kill her before Logan revives and protects her. Logan’s healing factor is working normally now. He and Shingen battle, with both men drawing blood. Ultimately, Logan kills Shingen after Logan offers to let him live and he attacks the mutant from behind anyways.

Logan and Yukio deduce that Mariko has been taken to village of Ichirō’s birth, where the cooperation was building a large high rise building. Logan is captured by Harada’s ninjas when he arrives. He is placed into a machine by Dr. Green, who informs him that the plan is to extract his healing factor. The Silver Samurai stands nearby with his energized sword of adamantium.

Meanwhile, Mariko escapes from her former lover Harada. Mariko is able to convince Harada that he is not acting in her best interest and Harada turns against Dr. Green. Harada helps free Logan, but is killed by the Samurai for his betrayal. Yukio arrives and fights with Dr. Green. Logan fights with the Samurai, who uses his sword to cut off Logan’s adamantium claws and begins to extract his healing ability from the marrow portion of the exposed bones. The Samurai is actually Ichirō, who is being kept alive by the technology in the Samurai armor. Ichirō begins to regain his youth while Logan begins to lose his. Mariko attempts to intervene and stabs her grandfather with one of Logan’s severed claws. The distraction allows Logan to use his regenerated bone claws to kill Ichirō.

Ichirō falls out of the high rise in the Samurai armor. Logan collapses and has one final hallucination of Jean Grey. He tells Jean that he is not ready to join her yet and decides to let her go. Soon after, Mariko becomes CEO of Yashida Industries and says farewell to Logan as he prepares to leave Japan. Yukio informs Logan that she will remain as his bodyguard for the time being. They leave Japan for an unknown destination.

In a mid-credits scene, Logan is returning to the United States two years later. As he is about to pass through airport security, he notices the presence of Erik “Magneto” Lehnsherr (Ian McKellen) behind him and prepares to fight. Magneto holds Logan in place with his magnetic powers. Professor Charlies Xavier (Patrick Stewart) joins Magneto and informs Logan that they both need his help with a deadly threat to all mutant kind.