Bored with the same old scare-and-scream routine, Pumpkin King Jack Skellington longs to spread the joy of Christmas. But his merry mission puts Santa in jeopardy and creates a nightmare for good little boys and girls everywhere! 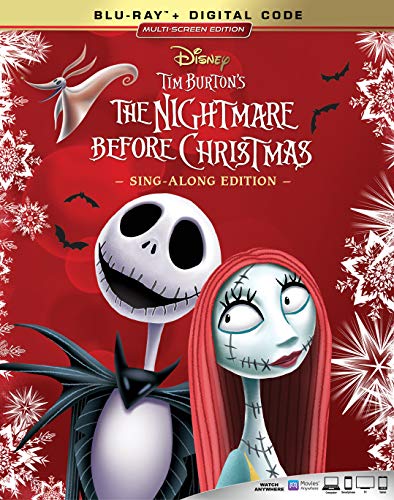 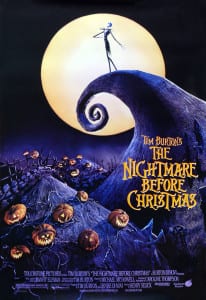 Tim Burton’s The Nightmare Before Christmas is set in Halloween Town, a place full of ghouls, ghosts, vampires, and all manners of frightful creatures that go “Bump in the Night.” Every Halloween, the town throws a celebration that is conjured up by Jack Skellington, the Pumpkin King, but Jack has grown tired of throwing these yearly parties, and yearns for something new.

On the day after his latest Halloween success, Jack wanders aimlessly through the forest, and stumbles upon a group of trees that each have their own portal to another holiday world. He is attracted to the one with a door decorated into the shape of a tree. He opens it, and is immediately sucked in.

Jack finds himself in Christmas Town, where everyone is jolly and gay. Its joy and happiness appeals to him immensely. Excited, Jack returns to Halloween Town to tell the people what he has seen, and he makes the decision to take over Christmas from Santa Claus. The town’s people too are excited to do something new, and get behind Jack 110%, but they only know how to scare, and make frightful things…not the kind of stuff children would want for Christmas.

Unaware of their misunderstanding, Jack presses on, and assigns each person in town a task to get ready for Christmas. Sally, the ragdoll hottie with a warm crush on Jack, warns him that his plan will end in disaster, but Jack just ignores her. Instead, he has three of the town’s little brats kidnap Santa, where they throw him to Oogie-Boogie, the evil bogeyman for safe keeping.

On Christmas Eve, everything is all set, but before Jack can take off with his crew of skeleton reindeer, Sally unleashes a fog potion to keep him from taking off. Unfortunately for her, Jack’s dog, Zero, has a nose that shines so bright, and he’s the one who guides the sleigh this night.

Jack heads out, and delivers presents to all the good little boys and girls around the world, but the shrunken heads the townspeople made only scare the children, and their haunted snakes eat the Christmas trees. After many calls to the police, the military is sent to stop the Santa Claus imposter, and Jack is shot out of the sky. He falls to the earth, and lands in a lonely cemetery. He realizes his grave error, and sets out to find Santa to save Christmas.

Sally, who is two steps ahead of Jack, has already found Santa in Oogie-Boogie’s lair, but her attempt to set him free is quickly met with failure. She too is captured. Before the two of them are killed by Oogie, Jack shows up to save the day. He is able to unwind the threads that cover Oogie’s body which releases the snakes and insects that make up his physique. They fall into a cauldron of fire and are destroyed.

Now free, Santa sets out to fix what Jack has broken before the sun comes up. After he delivers presents to all the children of the world, Santa returns to Halloween town, and in a gesture of goodwill, he makes it snow. As the people play in a winter wonderland they have never known before, they finally begin to realize the true meaning of Christmas.

Jack gazes out at everyone from his haunted mansion, and sees Sally walking to the graveyard. He follows her, and reveals that he is as attracted to her as she is to him. They share a hallowed kiss beneath a full moon in the cemetery.