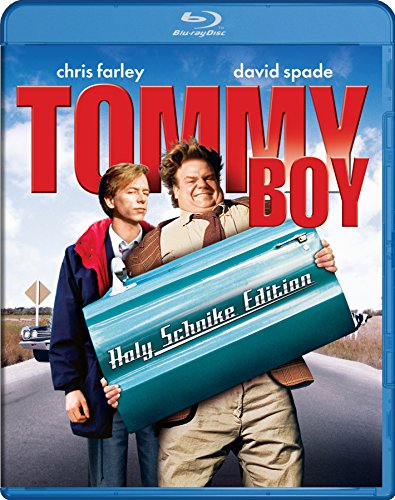 Tommy Callahan Jr. is a slow-witted, clumsy guy who graduates from Marquette University after seven years. His father, Big Tom Callahan, owns an auto parts factory in Ohio. When Tommy arrives back home, he finds he has a position at the factory waiting for him. His dad also introduces Tommy to the new brake pad division of the factory and to Tommy’s soon-to-be stepmother, Beverly, and her son Paul. But when Big Tom dies during his wedding reception, the factory threatens to go under unless the new brake pads are to be sold. Therefore, Tommy must go on the road to sell them, along with the assistance of Richard, Big Tom’s right-hand man. Will Tommy save the company, or will the factory, and the town, go under?