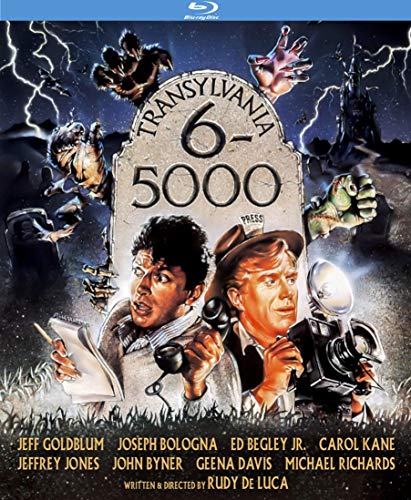 In Transylvania 6-5000, tabloid newsman, Mac Turner sends his son Gil and fellow reporter, Jack Harrison to Transylvania. They are to either find the Frankenstein monster shown on a video tape an anonymous person sent him, or find new jobs. Once there, the two meet a cast of oddballs from a wacky butler, to a creepy mayor, a nympho vampiress, and more. However, their investigation soon takes them face to face with Frankenstein himself, and the boys get their story of a lifetime.