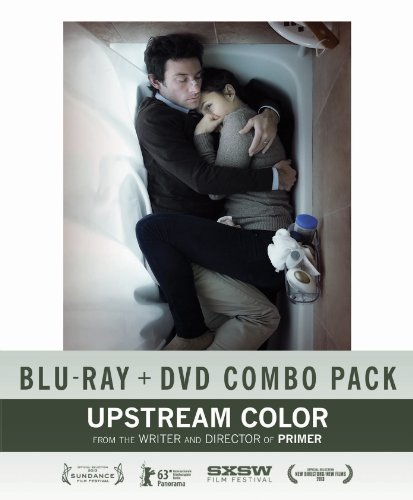 ERBP has announced that they are bringing the independent science fiction film Upstream Color to Blu-ray. The film is written and directed by Shane Carruth and stars Amy Seimetz, Carruth, Andrew Sensenig, Brina Palencia, Juli Erickson, and Thiago Martins. Upstream Color will be available online and in stores on May 7, 2013. The film is currently scheduled for limited release in New York on April 5, 2013.

In the film, a man and woman are drawn together, entangled in the life cycle of an ageless organism. Identity becomes an illusion as they struggle to assemble the loose fragments of wrecked lives. Upstream Color was nominated for a Grand Jury Prize for Dramatic In-Competition at this year’s Sundance Film Festival.

Disclaimer: Affiliate links are contained in this post. This means when you click a link, and purchase an item, Movie House Memories will receive an affiliate commission. Advertisers and Affiliate Partnerships do not influence our content. See our Terms of Use about the inclusion of affiliate links on this site for more information.
February 20, 2013
1 minute read
Show More
Back to top button
Close
Close