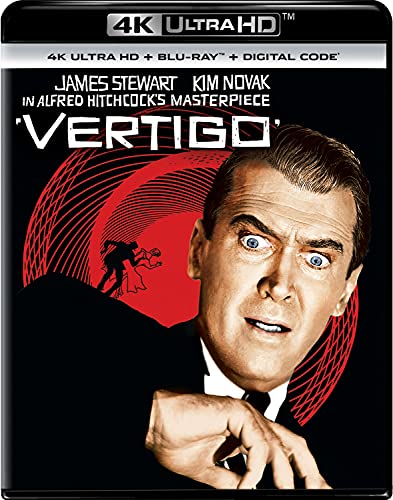 In San Francisco, Scottie Ferguson is a brilliant but acrophobic detective who’s hired to shadow a friend’s suicidal wife named Madeleine. After he saves her from drowning in the bay, Scottie’s interest shifts from business to fascination with the icy but alluring blonde. When he finds another woman remarkably like his lost love, the now obsessed detective must unravel the secrets of the past to find the key to his future.