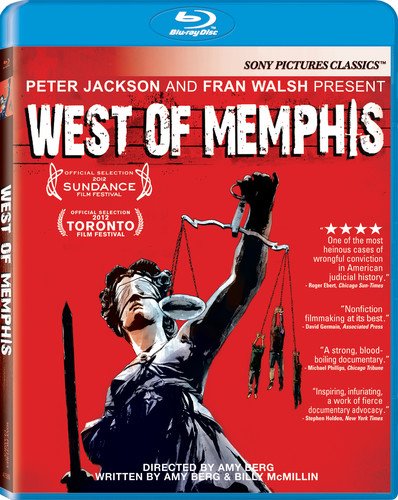 Sony Pictures Home Entertainment has announced that they are adding the documentary West Of Memphis to their upcoming slate of Blu-ray releases. The film was directed by Amy Berg and was written by Berg and Billy McMillin. The acclaimed documentary was nominated for Critics Choice Award for Best Documentary Feature at the 2013 Broadcast Film Critics Association Awards. West of Memphis will be available for purchase online and in stores beginning on August 6th.

West of Memphis tells the untold story behind an extraordinary and desperate fight to bring the truth to light; a fight to stop the State of Arkansas from killing an innocent man.

Starting with a searing examination of the police investigation into the 1993 murders of three, eight-year-old boys Christopher Byers, Steven Branch and Michael Moore in the small town of West Memphis, Arkansas, the film goes on to uncover new evidence surrounding the arrest and conviction of the other three victims of this shocking crime – Damien Echols, Jason Baldwin and Jessie Misskelley. All three were teenagers when they became the target of the police investigation; all three went on to lose 18 years of their lives – imprisoned for crimes they did not commit.

How the documentary came to be, is in itself a key part of the story of Damien Echols’ fight to save his own life. The film reveals how close he, his wife Lorri Davis, along with his legal team, friends and supporters, came to losing that battle. But as Echols, who spent eighteen years on death row, himself has stated “… in the face of such horror, in the face of resounding grief and pain, you cannot give up … you must never give up.”

Sony Pictures Home Entertainment has not released any details concerning the exact tech specs and special features that will be included with the disc.