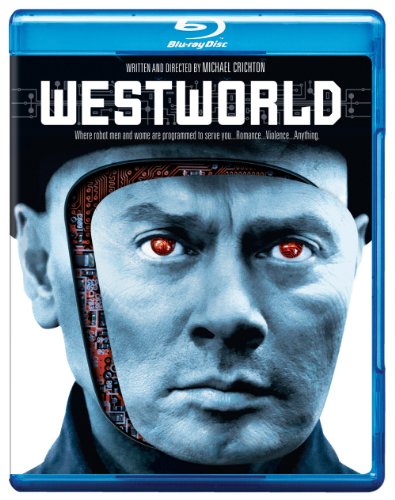 Westworld takes place in the near future. The Delos Company offers visitors an elaborate vacation of the future at one of their themed amusement parks: Medievalworld, Romanworld and Westworld. The vacationers experience life as it was in that world. They may do whatever they want; including killing or schtooping the robot inhabitants that populate their parks. When Peter Martin and John Blane travel to Westworld, their adventure turns to a nightmare as the robots malfunction; killing most of the guests.