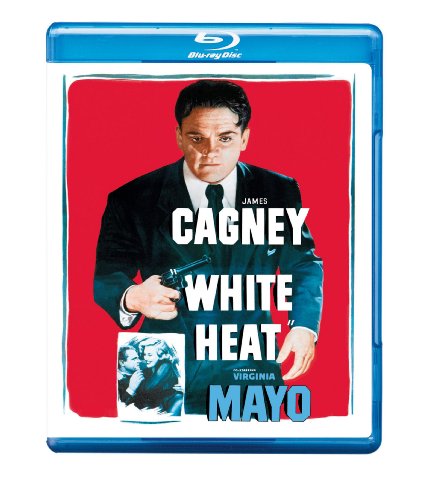 Warner Bros. Home Entertainment has announced that they are bringing White Heat to Blu-ray this May. The film was directed by Raoul Walsh and stars James Cagney, Virginia Mayo, Edmond O’Brien, and Margaret Wycherly. White Heat will be available individually and as part of The Ultimate Gangster Collection Classic set, which will include White Heat, Little Caesar, The Petrified Forest, The Public Enemy, and a fifth disc that includes a feature-length documentary “Public Enemies: The Golden Age of the Gangster Film”. The film will be available online and in stores on May 21st.

As a psychotic thug devoted to his hard-boiled ma, James Cagney — older, scarier and just as electrifying — gives a performance to match his work in The Public Enemy as White Heat‘s cold-blooded Cody Jarrett. Bracingly directed by Raoul Walsh, this fast-paced thriller tracing Jarrett’s violent life in and out of jail is also a harrowing character study. Jarret is a psychological time bomb ruled by impulse. He murders a wounded accomplice and revels in the act. He neglects his sultry wife (Mayo) and adores his doting mother. It is among the most vivid screen performances of Cagney’s career.

White Heat was released in September of 1949 and received an Academy Award nomination for Best Writing.