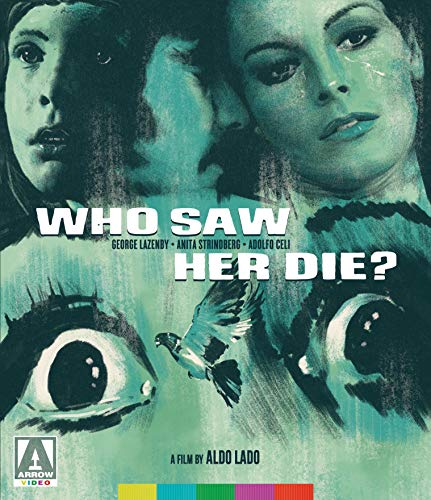 ‘Who Saw Her Die?’ Movie Summary

Sculptor Franco Serpieri (Lazenby) welcomes Roberta (Nicoletta Elmi, Deep Red) his young daughter from a failed marriage to Venice, unaware that a disturbed child-killer is stalking the city s canals. When Roberta s body is found floating face-down in the river, the lives of Franco and his estranged wife Elizabeth (Anita Strindberg, The Case of the Scorpion s Tail) are ripped asunder. Desperate for vengeance, Franco turns detective in a bid to track down his daughter s killer, and in the process unearths shocking evidence of depravity and corruption which implicates some of the most respected figures in Venetian society.

Released at the height of the giallo boom, this gripping mystery thriller boasts some of the most iconic names associated with the genre on both sides of the camera. Co-starring Dominique Boschero (The Iguana with the Tongue of Fire) and Adolfo Celi (Thunderball), and featuring one of the all-time greatest scores from maestro Ennio Morricone (What Have You Done to Solange?), Who Saw Her Die? thrills anew in its high definition debut.