X-Men takes place in a world where both Mutants and Humans fear each other. When a Mutant named Rogue runs away from home, she hitches a ride with another mutant named Logan. Professor Charles Xavier, who runs a school for young mutants, sends Storm and Cyclops to bring them back before it is too late. Meanwhile, the mutant, Magneto, who believes a war is approaching, has an evil plan in mind, and needs Rogue to help him execute it. 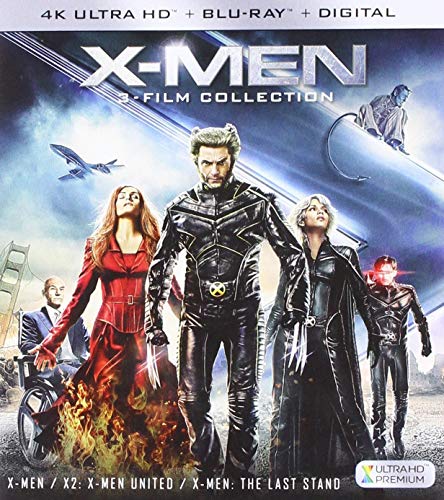 X-Men begins in Nazi-occupied Poland during World War II. A young Erik Lehnsherr (Brett Morris) is separated from his parents upon entering the Auschwitz concentration camp. His parents are being led to their execution, while he is being kept alive. Erik tries to return to his parents, but he is grabbed by the German soldiers who try to lead him away. Suddenly, the soldiers cannot move the young boy and the metal on the gates begins to bend and fold. Erik’s mutant magnetic ability is beginning to manifest itself. A soldier hits Erik in the back of the head with his rifle butt knocking the mutant unconscious. His parents are led away to their doom.

Nearly sixty years later, U.S. Senator Robert Kelly (Bruce Davison) is attempting to introduce and pass a Mutant Registration Act due to the increasing mutant threat to homo-sapiens. The act would require all mutants to publicly reveal their identities and abilities. Professor Charles Xavier (Patrick Stewart) attends the Congressional session. Xavier is a telepathic mutant, and he senses his old friend, the adult Erik Lehnsherr (Ian McKellen) in the building as well. Lehnsherr now goes by the name Magneto. Xavier is concerned that the radical thinking Magneto may respond to the Senator’s actions.

Meanwhile, in Mississippi, 17-year-old Marie D’Ancanto (Anna Paquin) has her mutant abilities manifest themselves while she is kissing her boyfriend for the first time. Marie has the ability to absorb the life force and powers of anyone that she has physical contact with. Her kiss with her boyfriend puts him into a coma. In a panic, Marie runs away from home and takes up the name of Rogue. She heads north to Canada. In Alberta, she meets another mutant by the name of Logan (Hugh Jackman).

Logan, also known as Wolverine, has the mutant abilities of accelerated healing and razor sharp claws. Logan allows Rogue to travel with him, but they are attacked by an animal like mutant called Sabretooth (Tyler Mane), a minion of Magneto’s. Sabretooth has been sent to collect one of the mutants, but the timely arrival of Scott “Cyclops” Summers (James Marsden) and Ororo “Storm” Monroe (Halle Berry), two of Xavier’s mutants, prevent him from accomplishing his task. Cyclops and Storm take Rogue and an unconscious Wolverine back to Xavier’s mansion in upstate New York.

Wolverine awakes in the medical lab of Xavier’s school for mutants. Xavier tells Logan that Magneto appears to have taken an interest in Wolverine and asks him to stay while the X-Men investigate the matter. Rogue, appearing to have found a place where she is accepted, enrolls in the school.

At the same time, Senator Kelly is abducted by two of Magneto’s loyal soldiers, Toad (Ray Park) and Mystique (Rebecca Romijn). The Senator is taken back to Magneto’s lair on the uncharted island of Genosha. Once there, Magneto uses Kelly as a test subject for a machine powered by his own magnetic abilities. The machine generates a field of radiation that induces mutation in normal humans, but is harmless to other mutants. Later, Kelly uses his new mutant ability to escape his cell and leave the island.

Back at Xavier’s, Wolverine is having nightmares over his fragmented memories. In his sleep, he accidentally stabs Rogue in the chest after she comes to check on him. Rogue touches Wolverine and absorbs his healing powers to heal herself. Seeing that she can take other mutants’ powers, some of the other students become fearful of her.

Mystique, whose mutant ability is to shape shift, impersonates the boy that Rogue has a crush on, Bobby “Iceman” Drake (Shawn Ashmore), and convinces her that she should leave the school due to the incident. Once she is gone, Xavier uses his mutant-locating machine Cerebro to find Rogue at a nearby train station. Xavier sends the X-Men to retrieve her, not aware that Wolverine has already gone after her.

While the X-Men are away, Mystique sneaks into Cerebro and sabotages the machine. Meanwhile, at the train station, Wolverine finds Rogue and convinces her to return to the school, just as Magneto shows up. Wolverine, thinking that Magneto wants him, pops his claws to take on the Master of Magnetism. However, Magneto easily defeats him and abducts Rogue, his true target. The rest of the X-Men are delayed by Magneto’s soldiers and cannot stop the abduction.

Shortly thereafter, Senator Kelly shows up at Xavier’s door and tells him what Magneto did to him. Xavier reads Kelly’s mind so that he can visualize what actually happened. Xavier is able to deduce that powering the machine nearly killed Magneto, so he is planning on transferring his powers to Rogue and making her power the machine, very likely at the cost of her own life. At the same time, Kelly’s body reject his mutation and his body dissolves into liquid. Desperate to find Rogue, Xavier attempts to use Cerebro, but Mystique’s sabotage puts him into a coma.

Jean Grey (Famke Janssen) is a telepathic and telekinetic mutant at the school, and she is able to repair Cerebro and use it. They track Rogue to Liberty Island just outside New York City. They determine that Magneto is planning on using the device to mutate the world leaders attending a summit on nearby Ellis Island. The X-Men jump in their jet and head off to the Statute of Liberty.

Once there, they fight Magneto’s Brotherhood of Evil Mutants before taking on Magneto himself. Magneto has transferred his power to Rogue and secured her to the device. After the device is activated, Wolverine distracts Magneto while Cyclops is able to blast the evil mutant with one of his eye beams. With Magneto fully incapacitated, Wolverine destroys the machine. However, Rogue is no longer breathing, so Wolverine touches her skin to skin and gives her his healing abilities, saving her and placing Wolverine into unconsciousness.

Sometime later, both Xavier and Wolverine awake from their comas. The X-Men learn that Mystique survived the Liberty Island fight and is now impersonating Senator Kelly. Xavier cannot tell Wolverine everything about his lost memories, but he is able to direct him to a military base at Alkali Lake in Canada where the telepath believes Logan will begin finding some answers. Wolverine leaves the school after saying goodbye to Rogue and stealing Cyclops’ motorcycle. Xavier goes to visit Magneto in his plastic prison at a secret location. Magneto warns Xavier that he intends to escape one day and continue the fight. Xavier tells him that he and his X-Men will be waiting for him.