In X-Men: The Last Stand, the X-Men are in turmoil after the loss of their beloved teammate and friend, Jean Grey, at Alkali Lake in X2: X-Men United. However, something is alive under the cold waters of the lake, but she is not the same person that the X-Men once knew. At the same time, humankind has developed a “cure” for the mutant gene that removes all mutant abilities. This cure has divided the mutant population into those who see it as a blessing, and those who see it as a weapon. The question is, which side will the X-Men fall under? 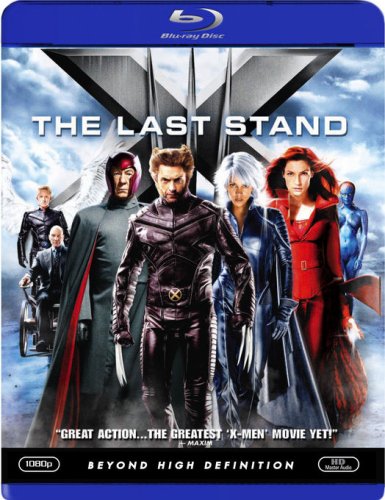 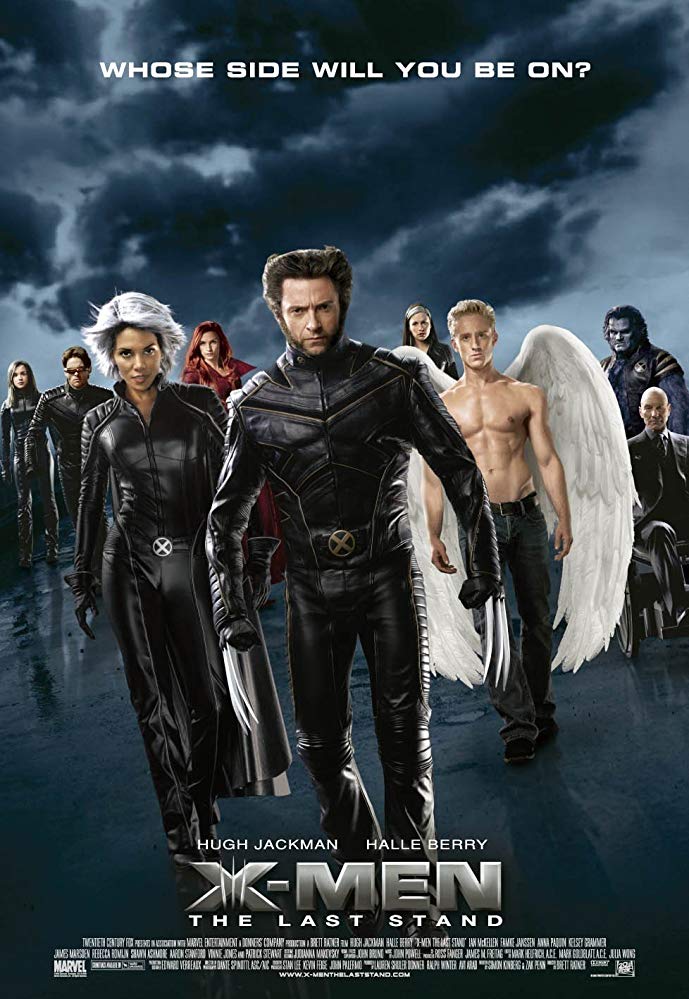 X-Men: The Last Stand begins twenty years in the past. A younger Professor Charles Xavier (Patrick Stewart) and Erik “Magneto” Lehnsherr (Ian McKellen) meet a child by the name of Jean Grey (Haley Ramm) at her parent’s house. The two men wish to recruit her to join their school for gifted students, namely mutants. Both men are impressed with her powers and they are able to convince her to come to the X-Mansion. Ten years later, Warren Worthington III (Cayden Boyd), a young mutant with large white wings, has resorted to self-mutilation in order to remove the things that make him special in a desperate attempt to please his father, Warren Worthington II (Michael Murphy).

In present day, Worthington Labs announces it has developed an inoculation to suppress the X-gene in mutants, which effectively removes their powers. Worthington announces that they will provide the cure to any mutant who wants it. The scientists have developed the cure by using a genome from a young mutant named Jimmy (Cameron Bright), whose mutant ability allows him to negate the powers of any nearby mutants. Worthington Labs has set up shop on Alcatraz Island in San Francisco Harbor.

The cure is seen as a miracle by many people afraid of mutants, as well as some mutants who wish to lead normal lives, like Rogue (Anna Paquin). However, there are many in the mutant community who see the cure as an attack on them. Some mutants even believe that they will be forcibly given the cure against their will. Magneto stokes the fires of those mutants’ fears and reforms his Brotherhood of Mutants in order to oppose the cure. He recruits Callisto (Dania Ramirez) and several other mutants to assist him and John “Pyro” Allerdyce (Aaron Stanford) in free some mutants in captivity. They attack a mobile prison that is holding Raven “Mystique” Darkhölme (Rebecca Romijn) and free her as well as two other mutants, Cain “Juggernaut” Marko (Vinnie Jones) and James “The Multiple Man” Madrox (Eric Dane). Mystique is shot with a cure dart while trying to protect Magneto and loses her mutant abilities. Magneto abandons her now that she is human.

Back at Xavier’s mansion, Ororo “Storm” Munroe (Halle Berry) and Wolverine (Hugh Jackman) are working to train the next generation of X-Men in the mansion’s danger room. Storm has been left in charge due to Scott “Cyclops” Summers continued mourning over the loss of his fiancée Jean Grey (Famke Janssen) at Alkali Lake. Cyclops decides to leave the X-Men and returns to Alkali Lake where he finds a very much alive and more powerful Jean. As the two kiss, Jean kills Cyclops.

At the mansion, Xavier senses a powerful presence and sends Storm and Logan to investigate. Once at the lake, they find the area filled with telekinetically floating rocks, Cyclops’ glasses, and an unconscious Jean. They take Jean back to the mansion to examine her. Once at the mansion, Xavier explains to Wolverine that when Jean was little, she had difficulty controlling her powers which were extremely dangerous. Xavier placed telepathic blocks into her mind to prevent her from accessing her complete power. However, Xavier believes that this split her personality into two factions, the Jean Grey persona and the Phoenix persona. Xavier speculates that the exertion of saving all the X-Men at Alkali Lake previously may have allowed the Phoenix personality to take over.

Jean awakens in the medical lab to find Wolverine watching over her. Jean tries to seduce Wolverine who immediately recognizes that this is not the Jean he is love with. Wolverine asks what happen to Scott and the Jean persona temporarily gains control and asks Wolverine to kill her. When Wolverine hesitates, the Phoenix persona regains control and sends Wolverine flying across the room knocking him unconscious. Jean then leaves the school.

Xavier knows where Jean will go, to her childhood home. Magneto arrives there at the same time, alerted to Jean’s resurrection by Callisto. Both men wish to have the extremely powerful Jean return with them. Xavier tries to convince Jean that she needs his help to regain control which angers the Phoenix. The Phoenix begins to levitate everything in the home including Xavier and the house itself. She disintegrates Xavier in front of both Magneto and Wolverine. She then collapses in exhaustion and Magneto gathers her up and takes her with him. Storm and Wolverine mourn the loss of Xavier. Wolverine goes after Jean against the wishes of Storm, who now leads the X-Men. Wolverine tracks her down in Magneto’s mutant camp in the woods. Magneto discovers him and tells Wolverine that she has chosen to be with him, before he sends Wolverine flying across the forest.

Meanwhile, Mystique provides the FBI with Magneto’s location in the woods for retribution for abandoning her. The federal agents close in but discover that the only mutant in the camp is The Multiple Man and his endless duplicates. Magneto and his mutant army have begun an attack on Alcatraz. Magneto uses his powers to create a bridge to the island using the Golden Gate Bridge. Storm has learned of the attack and takes Wolverine, Henry “Beast” McCoy (Kelsey Grammer), Kitty Pryde (Ellen Page), Bobby “Iceman” Drake (Shawn Ashmore), and Peter “Colossus” Rasputin as a defensive force. Rogue has disappeared, presumably to take the cure.

The two forces battle on Alcatraz Island. Human soldiers attempt to use cure darts against the attacking mutants with minimal success. Magneto sends Juggernaut to kill Jimmy, but he is saved by Kitty Pryde. Callisto leads forces to kill Warren Washington II, but he is saved by his son (Ben Foster) who still has his wings after having chosen to not take the cure. Wolverine has Colossus throw him at Magneto, who easily controls Wolverine due to his adamantium skeleton. However, the throw was a ruse to distract Magneto while Beast injected him with a cure dart.

The Army arrives and shoots at Jean who reacts by disintegrating the soldiers. Jean’s powers start to rage out of control, destroying everything around her. As the rest of the X-Men escape, Wolverine approaches Jean in an attempt to bring her back. He heals as quickly as she disintegrates portions of him. Wolverine gets close enough to Jean to break through the Phoenix persona for a moment. Wolverine stabs her through the heart when he sees her one moment of weakness. Jean dies with a look of peace and relief on her face as Wolverine breaks down in anguish.

Sometime later, the President of the United States (Josef Sommer) signs the mutant rights act into law and appoints Beast as his ambassador to the United Nations. Storm takes over as headmistress of the school. Rogue returns to the school and reveals to Iceman, her boyfriend, that she took the cure. Meanwhile, Magneto, who escaped the island during the chaos sits in a park in San Francisco playing chess by himself with metal pieces. Suddenly, one of the pieces moves slightly on its own.

In an end credits scene, Moira MacTaggert (Olivia Williams), a scientist who studies mutants and a close friend of Xavier, checks on a comatose mutant patient in her care. Suddenly, the patient calls to her in Xavier’s voice.