Skeeter Bronson is the son of a former motel owner. After his father sells the motel to the Nottingham Hotel chain, Skeeter stays on with the hotel with the hopes of someday being manager. After his sister’s school announces that it will close, Skeeter is called upon to babysit his niece and nephew while his sister looks for a new job in Arizona. Each night, Skeeter tells them a story. Every day after the story, elements of the story come true in Skeeter’s life. Now, Skeeter tries to use the magic to advance his life while also fearing the negative elements of each individual story. 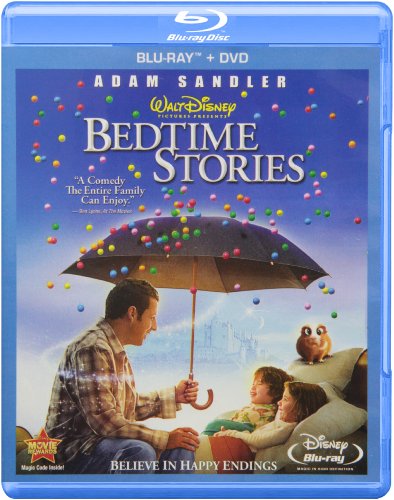 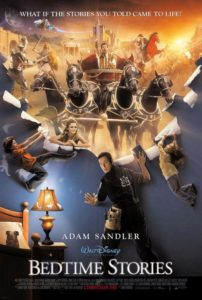 When Skeeter Bronson (Thomas Hoffman) was a young boy, he was raised by his father Martin “Marty” Bronson (Jonathan Pryce) who showed him the family business, the Sunny Vista Motel. Twenty-five years later, Marty’s business mismanagement has caused the Bronson family to sell off the motel. Sunny Vista has been bought and rebuilt into a bigger hotel by the hotel chain Nottingham Hotels and is now known as the Sunny Vista Nottingham Hotel. Barry Nottingham (Richard Griffiths) is the owner of the Nottingham Hotels, and agreed to let Skeeter run the business if he showed promise as part of the sales contract with Marty. However, Skeeter has never shown that kind of promise and works as the hotel’s repairman. Nottingham announces plans to build a new hotel, named the Sunny Vista Mega Nottingham, and charges Kendall Duncan (Guy Pearce) to oversee the project and become the new manager. Duncan is arrogant and dating Nottingham’s daughter Violet (Teresa Palmer).

Good thing my wallet only had three dollars in it. And my Derek Jeter baseball card! Skeeter Bronson

When he is not working, Skeeter’s sister Wendy (Courteney Cox) has Skeeter watch her children, Patrick (Jonathan Morgan Heit) and Bobbi (Laura Ann Kesling). Wendy is a principal at a school that is being closed. She is looking for a job in Arizona. During the first night of babysitting, Skeeter tells them a bedtime story, in which an underdog peasant is passed over for a promotion. The children supplement Skeeter’s story with a portion where the peasant gets a chance at the promotion, and then it starts raining gumballs. The next day, elements of the story come to pass in Skeeter’s life. Nottingham gives Skeeter a shot at the manager position, and on his way home, gumballs rain down on Skeeter’s truck from a truck crash on an overpass.

The next night at the hotel, Skeeter tells the kids another story in which he is given a Ferrari. However, that story does not come true. However, Skeeter does save Violet from an obnoxious paparazzi and spots a Ferrari, but Violet drives away with it. Skeeter concludes that only the portions that the kids add to the stories come true.

The night after that, Skeeter tells the kids another story about a Greek chariot-riding stuntman. The next day, Skeeter ends up falling for his sister’s friend and work colleague Jill Hastings (Keri Russell). On the last night with the kids, Skeeter tells them a story in which the character based on him triumphs over Kendall. However, the kids add that someone kills him with a fireball at the end of the story. The next day, Skeeter is paranoid that he will be killed by fire.

Soon after, Skeeter learns from Kendall that the new Nottingham Hotel is designated to be built at Jill and Wendy’s school which is why it is closing. Skeeter wins the manager position, but his paranoia over the fireball causes him to act strangely so Nottingham fires him. However, Skeeter does manage to get the hotel moved to Santa Monica. Additionally, he saves the school from demolition with the assistance of Jill. Wendy and the kids no longer have to move and will stay near Skeeter.

Some time later, Skeeter marries Jill and opens a motel named after his late father. Kendall and his loyal assistant Aspen (Lucy Lawless) are hired as the motel’s waiting staff. Violet marries Skeeter’s best friend Mickey (Russell Brand), the hotel’s former room service waiter. As a result, Mickey becomes the new CEO of the Nottingham Empire and the ninth richest man alive. Nottingham himself quits the hotel industry to become a school nurse. Shortly afterwards, Skeeter and Jill have a baby.