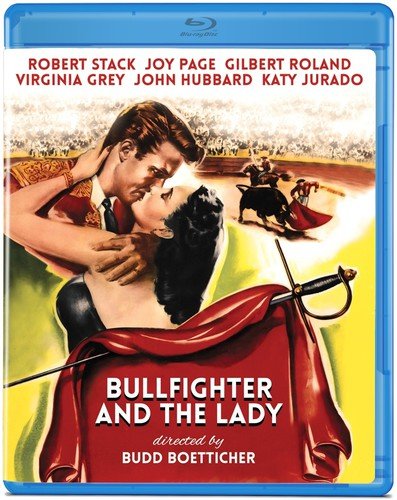 Bullfighter and the Lady [Blu-ray]

Olive Films has announced that addition of the romantic drama Bullfighter and the Lady to their upcoming slate of Blu-ray releases. The film was directed by Budd Boetticher and starred Robert Stack, Joy Page, Gilbert Roland, Virginia Grey, and John Hubbard. Bullfighter and the Lady will be available for purchase online and in stores beginning on July 30th.

This semi-autobiographical film tells the story of a Broadway producer and sportsman Johnny Regan who travels to Mexico where he takes up bullfighting to impress the local beauties, but instead learns to respect the sport. The film was produced by John Wayne.

Bullfighter and the Lady was released in April of 1951. The film was nominated for an Academy Award for Best Writing, Motion Picture Story.

Disclaimer: Affiliate links are contained in this post. This means when you click a link, and purchase an item, Movie House Memories will receive an affiliate commission. Advertisers and Affiliate Partnerships do not influence our content. See our Terms of Use about the inclusion of affiliate links on this site for more information.
June 13, 2013
1 minute read
Show More
Back to top button
Close
Close