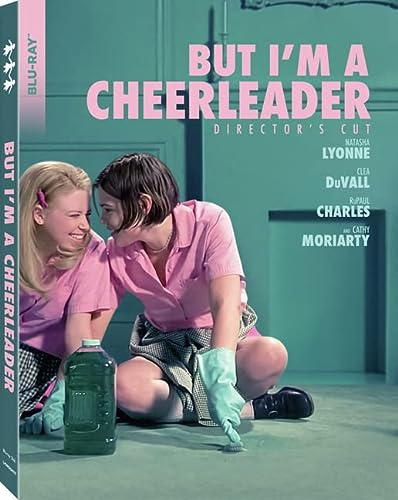 ‘But I’m a Cheerleader’ Movie Synopsis

In But I’m a Cheerleader, Megan is your normal, All-American girl on the cheerleading team. She dates the captain of the football team who is the perfect boyfriend. However, her friends and family find it odd that she doesn’t like kissing her boyfriend, has posters of girls in her locker, and likes listening to Melissa Ethridge. They all suspect Megan is the worst thing you could ever be; a lesbian! After an intervention, her concerned parents send her to a gay-to-straight conversion camp which opens Megan’s eyes to a whole new world.