Holden and Banky are two comic book artists and life-long friends. Everything’s going good for them until they meet Alyssa; also a comic book artist. Holden falls for her, but the fact she’s a lesbian crushes him. However, the two begin dating anyhow, and things get complicated. 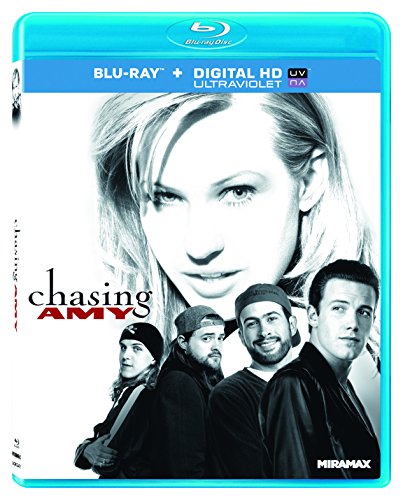 BUY NOW
Amazon.com
*As an Amazon Associate we earn from qualifying purchases.
The summary below contains spoilers. 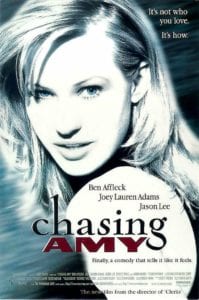 Holden has the hots for Alyssa, but she’s lesbian, and Holden is immeditely friend-zoned. Holden eventually tells Alyssa that he’s in love with her. Although this angers Alyssa, she eventually calms down, and the two start dating.

A year passes, and Banky, Holden, and Alyssa each promote their own books at the comic book convention in NYC. The two share a moment before Holden goes to say hi to Alyssa. After a brief conversation, Holden gives her a copy of his new book based on their failed relationship titled Chasing Amy.