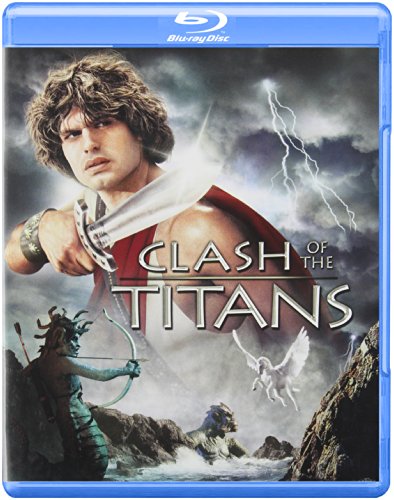 Clash of the Titans [Blu-ray]

‘Clash of the Titans’ Movie Summary 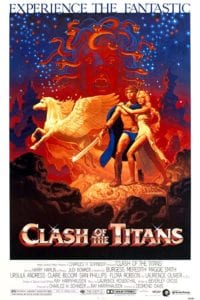 As Clash of the Titans begins, Acrisius, King of Argos, is pissed. The oracle of Apollo told Acrisius that she had some good news and some bad news. The good news was that Acrisius’s beautiful daughter Danae would soon give birth to a son. The bad news was that this son would one day kill Acrisius. So Acrisius, whose name loosely translates as Cockblock, locks his beautiful daughter in the top of a bronze tower so she would never come into contact with a man.

When Zeus discovers Acrisius’s murderous deed, he is livid and demands swift justice. Zeus orders his brother Poseidon, god of the sea, to save Danae and Perseus, and to punish Acrisius by unleashing a sea monster called the Kraken. The Kraken wipes out Acrisius and all the inhabitants of Argos. Meanwhile, the chest carrying Danae and Perseus lands safely ashore on the Aegean island of Seraphos. Seraphos loosely translates as Isle of Naked MILFS. Under Zeus’s watchful eye, Perseus grows up to be Harry Hamlin.

Perseus has grown into a strapping, happy, young man on the Isle of Naked MILFS. But Thetis, goddess of the sea, played by Professor McGonagall, is dismayed. Thetis wants her son Calibos to marry the princess Andromeda. But Calibos has stirred the wrath of Zeus by killing the god’s prized herd of flying horses.

So Zeus condemns Calibos by transforming him into a hideous creature. And now that Calibos is grotesque, Andromeda wants nothing to do with him, because true love stops at ugly. So Thetis will have her revenge, first by putting Andromeda under a spell so Calibos can soul fuck her on a nightly basis, then by condemning Andromeda to death by Kraken.

So the rest of the movie follows Perseus’s quest to fulfill his destiny. And that involves maiming Calibos; solving the riddle of the ring by cheating, and then winning Andromeda’s nothing (fans of Shakespeare will know what I mean); befriending Athena’s sex toy, Bubo the Owl; extorting sage counsel from three blind witches; going to the underworld to chop off Medusa’s head; killing Calibos and some cool claymation scorpions; and slaying the Kraken to save Andromeda, the kingdom of Joppa, and a horse called Pegasus.

The film ends with Perseus and Andromeda’s wedding, proving once again that shallow, beautiful people are the best people, and, so long as they remain shallow and beautiful, they will live happily ever after.