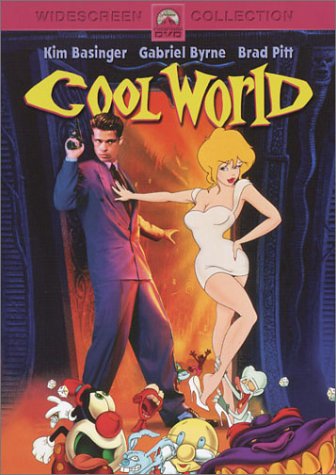 Cartoonist Jack Deebs lives behind bars. His escape is a cartoon “Cool World” he created in his mind featuring a voluptuous femme fatale named Holli Would. Unfortunately, Deebs winds up a prisoner of his own fantasies when Holli transports Jack into his with her plan to seduce him and bring herself to life.

Frank Harris, a human detective and the only other human in Cool World, lives here too. He gives Jack the down on the place. Humans, referred to as Noids, don’t have sex with cartoons known as Doodles. However, when Holli manages to take a human form in Las Vegas, a trans-universal chase begins that threatens the destruction of both worlds.