The Marines have landed! Corporal Eddie Birdlace and three buddies are on the loose among San Francisco’s bars, tattoo parlors and blue-movie houses. They’ve also organized a “dogfight”, a wager with simple rules. Each guy puts in $50. And the one who finds the most unattractive date wins. Birdlace finds a Rose. River Phoenix gave one of his most endearing performances as Eddie in “Dogfight”, a terrific and touching Vietnam-era saga set to a memory-evoking ‘60s-tunes soundtrack and directed by Nancy Savoca. Lili Taylor is equally indelible as “ugly duckling” Rose, who joins Eddie in a night of life-transforming impact. In a time to be marked by huge changes, they share the most dynamic change of all: love. 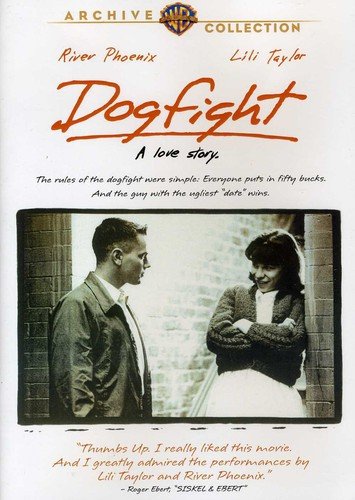