When Irvin “Fletch” Fletcher (Chevy Chase) inherits a Louisiana property named Belle Isle, he quits his job at the paper to hopefully live his remaining days like a king. However, once he gets there, he finds out that this palatial estate is in such disrepair that it’s barely habitable. The attractive, young lawyer named Amanda Ross (Patricia Kalember), who’s in charge of handling the estate’s affairs, tells Fletch that someone wants to buy the worthless property for $225,000.00. Suspicious, Fletch tells her no deal. However, the two hit it off and they wind up having a night of steamy southern sex. When Fletch wakes the next morning, he finds someone has killed Amanda while the two slept. This lands him in jail; not for the murder, but for pissing off the Chief of Police. Once they release Fletch, he immediately investigates the murder. After the local chapter of the KKK pays him a visit and a local televangelist named Jimmy Lee Farnsworth (R. Lee Ermey) begins snooping around, Fletch’s journalist instinct kicks in to find the real story behind what’s going on. 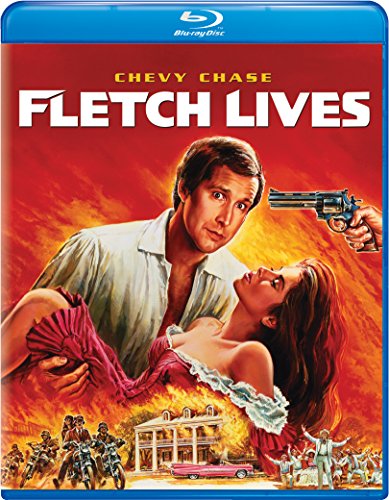