After a ship sinks off the coast of Albania, the world’s superpowers race to retrieve it’s powerful A.T.A.C. system. This gives countries unlimited control over Polaris nuclear submarines. When MI6 sends Bond into the fray, he soon suspects a man named Kristatos of taking it. As the stakes rise, Bond finds an ally to bang in the beautiful Melina Havelock. She blames Kristatos for the death of her parents, and Bond for stealing her heart. Bond races against the clock in a Citroën 2CV car, has thrilling underwater battles over razor-sharp coral reefs, and finally a cliffhanging assault on a mountaintop fortress. But stay away from those 16 year-old fans, James. They will take you down every time! 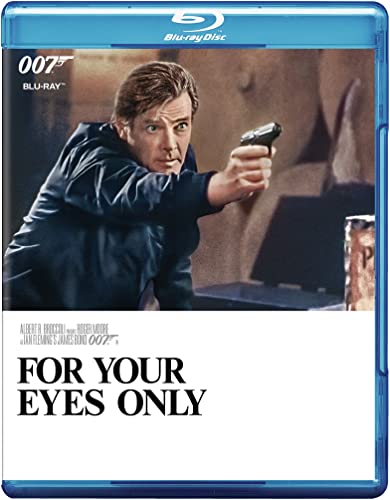 ‘For Your Eyes Only’ Movie Summary 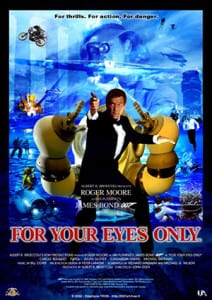 A British spy boat St Georges, holding a fancy piece of gadgetry sinks, and James Bond, is sent to retrieve the sunk transmitter. Meanwhile, a marine archaeologist who had been asked by the British to secretly locate the St Georges, is murdered by a Cuban hitman, Hector Gonzales. Bond goes to Spain to find out who hired Gonzales.

While spying on Gonzales’ villa, Bond finds the daughter of Sir Timothy, and the two escape. Bond follows some leads to Italy. There Bond meets his contact, Luigi Ferrara and Aris Kristatos, who tells Bond to seek Milos Columbo, known as “the Dove” in the Greek underworld. Bond goes to Corfu in pursuit of Columbo.

There, at the casino, Bond meets with Kristatos and asks how to meet Columbo, not knowing that Columbo’s men are secretly recording their conversation. In the morning Bond and Columbo’s woman are ambushed by Locque and she is killed. Bond is captured by Columbo’s men before Locque can kill him; Columbo then tells Bond that Locque was actually hired by Kristatos, who is working for the KGB to retrieve the gadget.

Bond accompanies Columbo and his crew on a raid on one of Kristatos’ opium-processing warehouses in Albania, where Bond uncovers naval mines similar to the one that sank the St Georges. Bond chases Locque and kills him.

Afterwards, Bond meets with Melina, and they recover the gadget from the wreckage of the St Georges, but Kristatos is waiting for them and he takes the gadget. After the two escape an assassination attempt, they discover Kristatos’ rendezvous point when Melina’s parrot repeats the phrase “ATAC to St Cyril’s”.

Bond and Melina break into St Cyril’s, an abandoned mountaintop monastery. While Bond is climbing, Apostis attacks him, but is killed. As Columbo confronts Kristatos, Bond kills the bi-athlete Kriegler.

Bond retrieves the gadget and stops Melina from killing Kristatos after he surrenders. Kristatos tries to kill Bond, but is killed by a knife thrown by Columbo; Gogol arrives by helicopter to collect the gadget, but Bond destroys it first.

United Artists released For Your Eyes Only to theaters on June 26, 1981. John Glen directed the film starring Roger Moore, Carole Bouquet, and Topol.