Frances lives in New York, but she doesn’t really have an apartment. She’s an apprentice for a dance company, but she’s not really a dancer. She also has a best friend named Sophie, but they aren’t really speaking anymore. As Frances throws herself headlong into her dreams, their possible reality dwindles. While she wants so much more than she has, she lives her life with unaccountable joy and lightness. 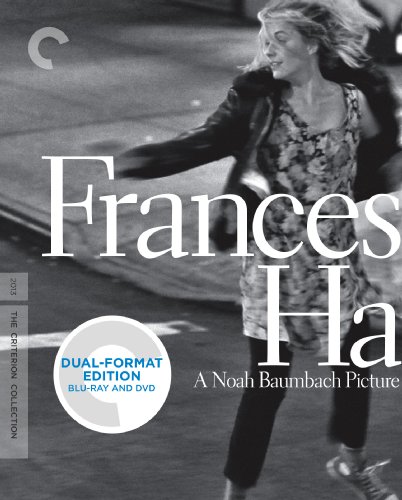 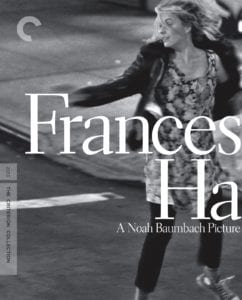 Frances Ha is a modern comic fable in the tradition of classic Woody Allen; not just because of the black & white cinematography or intricate authentic New York locations, but also for the refreshing observational wit Greta Gerwig possesses.

As cash strapped Frances Ha, she is epic in up tempo delivery; getting inside the character who has no real place of her own. She prefers to couch hop or crash in friends apartments while apprenticing for a established NY company. She’s not exactly a dancer, but still looks to become a full time member. That, in turn, will allow her a chance to develop her own choreography.

Her best friend, Sophie, doesn’t often see eye to eye with Frances often brushing her with the silent treatment.

Frances is a spontaneous and free wheeling individual that endears her to many. However it often prevents her confidence to shine at crucial moments.
She takes a two-day trip to Paris putting her into further financial turmoil.

Often finding herself surrounded in conversations regarding children, marriage, and careers and so forth, her own direction seems to be a continuous sway even resorting to a brief stage of lying to those close to her.

Exploring The Big Apple with Frances is hilarious, interesting, heartbreaking and ambitious with cool musical interludes that mean something.