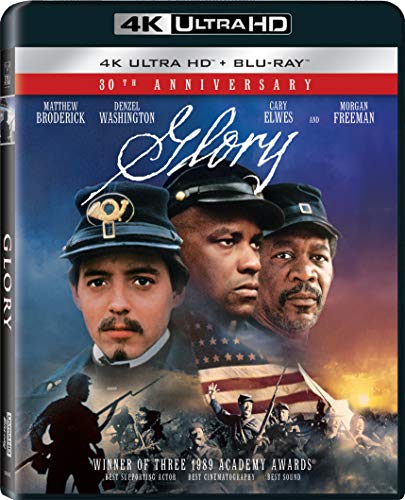 Following the Battle of Antietam, Col. Robert Gould Shaw is offered command of the 54th Massachusetts Volunteer Infantry. It just so happens to be the United States’ first all-African-American regiment. Along with junior officer Cabot Forbes, Shaw puts together a strong and proud unit, including an escaped slave and wise gravedigger. At first the troops are only limited to menial manual tasks, but the regiment quickly fights to be placed one the front lines.

Lara Croft Tomb Raider: The Cradle Of Life (2003) Is Discovered On 4K UHD

Lara Croft Tomb Raider: The Cradle Of Life (2003) Is Discovered On 4K UHD