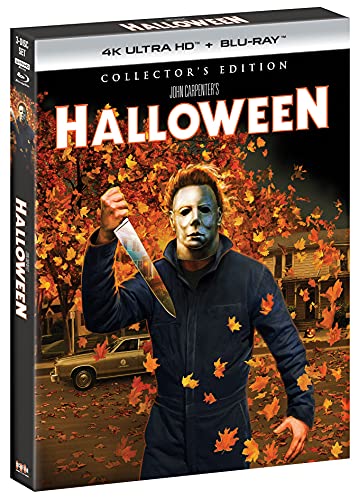 Halloween tells the now iconic story of Michael Myers, who, as a child, butchered his sister with a kitchen knife. After the incident, officials commit the boy to a mental institution where Dr. Loomis watches over the boy for the next 15 years. However, the boy grows into a madman who engineers his escape. He returns to his hometown of Haddonfield, Illinois on Halloween night, and terrorizes the residents there; including a babysitter named Laurie Strode.

Read the full summary, listen to our Movie House Memories review, and our Lunchtime Movie Review.