It: Chapter One takes place in the Town of Derry. The local kids there are disappearing one by one. In a place known as The Barrens, a group of seven kids unite. Their horrifyingly strange encounters with an evil clown strengthens their resolve to kill It before it kills them. 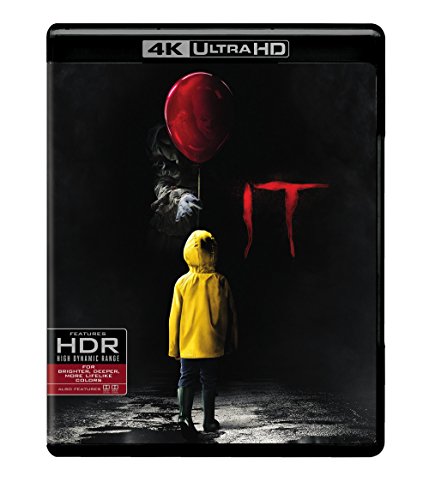 ‘It Chapter One’ Movie Summary 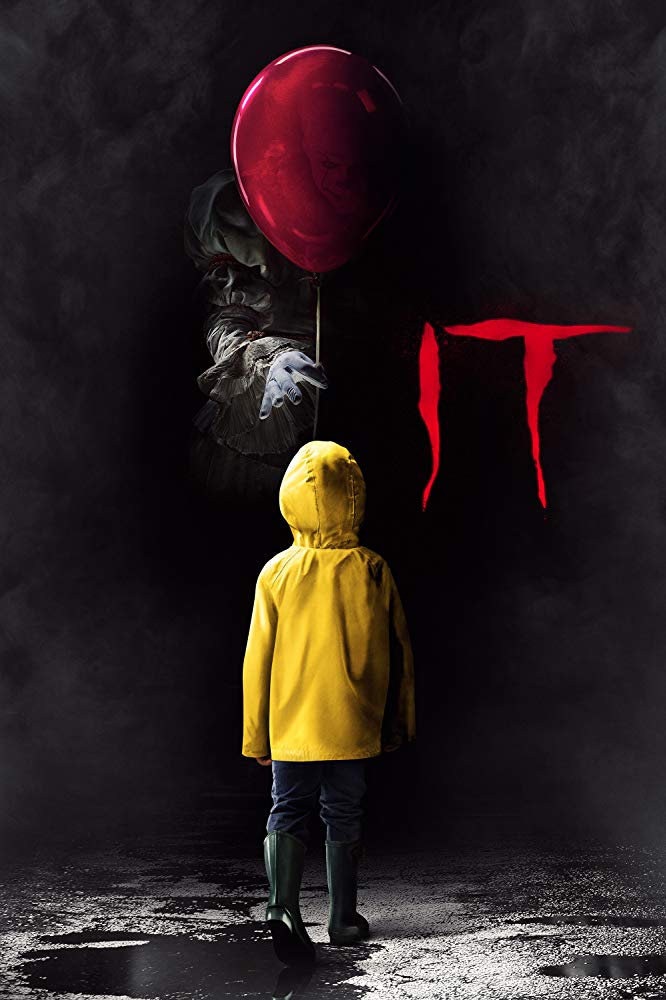 It is October 1988, and Bill Denbrough (Jaeden Lieberher) must stay inside sick during a rainy day. However, his six-year-old brother, Georgie (Jackson Robert Scott) wants to go out and play, so Bill builds a paper sailboat for Georgie to float down the streets of their hometown Derry, Maine. Georgie takes the boat outside and floats it along the rainy streets, only to have it fall down a storm drain. As he attempts to retrieve it, Georgie sees a clown in the drain. The clown introduces himself as Pennywise (Bill Skarsgård) and invites Georgie to come into the drain with him and play. Georgie refuses, but when the young boy reaches inside to get his boat from Pennywise, the clown bites his arm off before pulling the boy down into the storm drain.

When school gets out the following summer, a very depressed Bill plans to hang out with his friends Richie Tozier (Finn Wolfhard), Stan Uris (Wyatt Oleff), and Eddie Kaspbrak (Jack Dylan Grazer) and conduct a search for his missing brother. Bill calculates that his brother’s body, which has never been recovered, may have washed up in a marshy wasteland called the Barrens. Bill is hopeful that his brother is still alive, although Bill’s quest to find his brother angers his parents who want him to move on.

At the same time, Bill and his friends, who referred to themselves as the Losers’ Club, are also being stalked by Henry Bowers (Nicolas Hamilton) and his gang of bullies. Bowers appears to have hatred for everyone and is constantly bullying all the other kids. One of the kids that Bowers bullies is the overweight Ben Hanscom (Jeremy Ray Taylor). Ben is the new kid in town who spends most of his time at the library researching the bizarre history of Derry. The town has a long and dark history filled with bizarre deaths and unexplained disappearances of many people, but primarily children. Ben has also determined that there is a pattern to these disappearances, every 27 years, and 1989 is the 27th year since the last rash of disappearances.

Ben is leaving the library when he gets jumped by Bowers and his gang. Bowers begins to cut his initials into Ben’s stomach, when Ben suddenly is able to kick his way free and run away. The gang separates and chases after him through the forest. Ben comes across the Losers’ Club who are investigating one of the sewer drains for Georgie’s body. Ben joins the group and they take the injured boy back to town to patch him up. One of Bower’s bully friends, Patrick Hockstetter (Owen Teague), comes across the same sewer drain and goes inside. He is subsequently killed by Pennywise.

While the boys are trying to get supplies to patch up Ben, they encounter Beverly Marsh (Sophia Lillis) in the drug store. Beverly is a friendly girl from their class who has a reputation for being sexually promiscuous, although she really is not. Beverly also harbors the secret that her father sexually abuses her. Beverly helps the boys patch up Ben, and then joins the group herself. She begins hanging out with them over the course of the summer, and both Ben and Bill begin having feelings for her.

One day while the group is hanging out, the come across Bowers and his gang beating up a young African-American boy, Mike Hanlon (Chosen Jacobs). Beverly leads the group into standing up to Bowers and saving Mike by chasing off the bullies with rocks. Mike joins the group, bringing their number to seven. When they are together, the children each discuss some frightening incidents that they have all experienced in the previous days. They make the determination that they are each being stalked by the same clown. Ben shares his information about the dark history of Derry, and the group concludes that there is mysterious entity that rises every 27 years and kills children. They assume that it appears as the thing that they fear most. The call the clown entity “It”.

The group begins to investigate It. They make the determination that It moves through the sewer system after they look at map of the underground sewage lines in relation to all their individual incidents. From the map, they figure out that all the lines run back to one house in Derry, an old abandon house that they each avoid. While they are looking at the map, Pennywise tries to attack the kids through the slide projector in Bill’s garage. The kids survive the attack.

Afterwards, Bill leads the group to the abandon house. Bill, Eddie, and Richie venture inside and each of them encounters Pennywise in a different form. During the interactions, Eddie’s arm is broken, and Bill freezes when Pennywise brags about killing his little brother Georgie. Beverly saves the three by impaling Pennywise in the head with a metal rod, forcing the clown to retreat down a well in the middle of the house. The group flees the house and begins fighting amongst themselves, leaving only Bill and Beverly committed to fighting It.

Weeks go by, Beverly gets into an argument with her abusive father and ends up hitting her father in the head with part of a toilet. Pennywise shows up, kidnaps her, and takes her down the well to his underground lair. Pennywise tries to feed on Beverly’s fear, but she is not afraid of the clown any longer. Instead, It opens his mouth revealing some bright lights that turn Beverly catatonic. Back at Beverly’s house, Bill finds a message from Pennywise. He gathers the reunited group to go and save Beverly from It.

Meanwhile, Pennywise convinces Bowers to kill his own father, and then suggests that he get revenge on everyone who has wronged him. Obsessed with vengeance, Bowers heads out to kill the Losers’ Club. Possibly directed by Pennywise, he waits in his car outside of the abandon house. The boys show up shortly thereafter and proceed to climb down the well. After most of the boys are down the well, Bowers attacks Mike, who is the only one who has not climbed down. Bowers and Mike fight with Bowers ultimately getting knocked down the well.

The boys get to Pennywise’s lair and find a mountain of children’s belongings and the decomposing bodies of children floating in the air. They also find Beverly floating catatonic nearby. Bill sees his brother nearby and goes after him while the rest of the group tries to wake up Beverly. Ben is finally able to wake her up by kissing her.

Meanwhile, Bill catches up to his brother Georgie. Realizing that Georgie is It in disguise. Bill uses Mike’s rod gun to try to kill Pennywise, but the creature takes Bill hostage. It tells the other kids that if they leave him alone, he will only feed on Bill and that they can live out their lives in peace. However, if they stay, he will kill them all. Despite Bill’s pleas for them to leave him, the group won’t leave their friend. They fight It, which is eventually defeated. Pennywise retreats further down into the Earth, where Bill declares that it will starve during its long hibernation.

Bill finds the remnants of Georgie’s raincoat and finally comes to grips with the loss of his brother as his friends all embrace him. As the summer ends a few weeks later, Beverly tells the group of a vision she had while she was catatonic, where she saw them all as adults fighting It again. The only difference was in her vision, they were afraid. Bill makes the group take a blood oath that they will return to fight It again if It ever returns. Beverly informs the group that she is going to go live with her aunt in Portland. After the others say their goodbyes and leave, Bill finally reveals his feelings for Beverly and the two kiss.