In Jurassic Park III, it has been four years since the events of The Lost World: Jurassic Park. Isla Sorna has become a forbidden island. When a young boy becomes trapped on the island, his parents trick Dr. Alan Grant into going to the island to rescue him. But when things go disastrously wrong, reluctant hero Grant may find himself rescuing not just the boy from the dangers of Jurassic Park, but the entire rescue operation as well as himself. 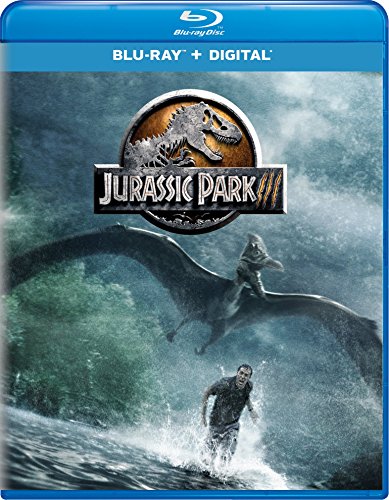 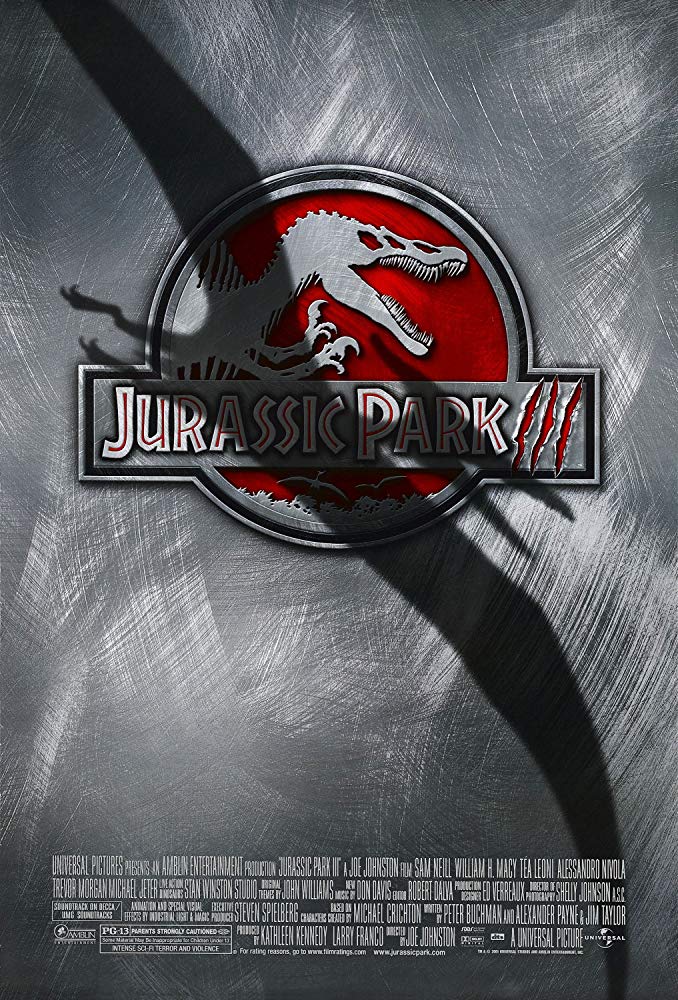 Jurassic Park III begins off the coast of Isla Sorna, Eric Kirby (Trevor Morgan) and his mother’s new boyfriend Ben Hildebrand (Mark Harelik) go parasailing in violation of Costa Rican law. While they are in the air, the crew of the boat pulling the parasail disappears, prompting Ben to detach the line before the boat crashes. The parasailers are blown towards the island and disappear.

Eight weeks later, paleontologist Dr. Alan Grant (Sam Neill) is giving a lecture about the intelligence of Velociraptors. With the world aware of the existence of dinosaurs for nearly ten years, less and less people are interested in dinosaur research of the past. Grant is having difficulty finding funding to continue doing his research. He is approached by a wealthy couple, Paul and Amanda Kirby (William H. Macy and Téa Leoni), who offer Grant money for his research if he will give them an aerial tour of Isla Sorna.

Desperate for the money, Grant reluctantly agrees and flies to Isla Sorna with Paul, Amanda, Grant’s assistant Billy Brennan (Alessandro Nivola), and the Kirbys’ associates Udesky (Michael Jeter), Cooper (John Diehl), and Nash (Bruce A. Young). As they are flying over the island, the Kirbys announce their intention to land. When Grant protests, he is knocked unconscious by Cooper.

When Grant awakes, they have already landed. The Kirbys are outside the plane calling out the name Eric. The Kirbys’ associates appear to be mercenaries and are loading weapons. The Kirbys explain to Grant that their son has been stranded on the island for eight weeks after the parasailing accident. Before Grant can get everyone back on the plane and in the air, a Spinosaurus attacks the group, killing Cooper and destroying the plane.

The plane, which contains the group, is knocked into the jungle. The giant dinosaur continues to attack the plane wreckage, eating Nash who has possession of the group’s satellite phone. The remaining survivors flee into the jungle and encounter a Tyrannosaurus Rex. The T-Rex chases the group back to the Spinosaurus, where the two dinosaurs begin to battle. While the survivors of the crash escape, the Spinosaurus kills the T-Rex.

While they traverse through the jungle, Grant learns that the Kirbys are not wealthy, and are actually a middle class, divorced couple. They find the parasail hanging from the tree with Ben’s corpse. Billy takes the parasail and packs it away. The group finds a Velociraptor nest with eggs in it. Grant tells everyone to leave the eggs alone, but Billy takes some of the eggs. The group eventually finds the abandoned InGen compound. At the compound, the group is attacked by the raptors. Grant and Udesky become separated from the group, while the others climb high into the trees. The raptors kill Udesky.

Grant watches from a distance and determines that the raptors are setting a trap and working together as a pack. However, the raptors ambush Grant, and only the timely arrival of Eric with his smoke grenades saves Grant. Eric takes Grant back to his camp which is an overturned supply truck.

The next day, Grant and Eric are reunited with the Kirbys and Billy. The group is chased by the Spinosaurus, which they can now hear due to the satellite phone ringing when it is near. They are able to take shelter in an abandoned observatory. While in the shelter, Grant learns that Billy took the raptor eggs. Grant keeps the eggs for himself, believing that they are the key to the group’s survival.

Eventually, Grant realizes that the observatory that they took shelter in is a large aviary used to house Pteranodons. The flying dinosaurs attack the group and grab Eric and take him back their nests. Billy rescues Eric by using the parasail he collected from Ben’s corpse. However, the Pteranodons focus on Billy and the parasail and attack him in mass, appearing to kill him. The rest of the group is able to escape from the aviary, but they leave the door unlocked.

The group finds a working boat and use it to make their way down the river towards the ocean and safety. While on the boat, they hear the satellite phone ringing and fear that the Spinosaurus has returned. However, they discover that the large dinosaur has passed the phone and they retrieve it from the dinosaur’s feces. While Grant tries to contact Ellie (Laura Dern), the boat is attacked by the Spinosaurus. Grant ignites the boat’s fuel, causing the Spinosaurus to flee. The phone is lost in the attack.

The next morning as the group approaches the ocean, they are surrounded by a pack of raptors. Grant surrenders the eggs to the raptors and uses a replica raptor larynx that Billy made for him to confuse the pack. The group runs to ocean and encounters the Marines and the Navy. Ellie was able to make sense of Grant’s jumbled call and called them. When they board the helicopter, they find that Billy is injured but still alive. As they fly away from the island, they see the Pteranodons are also flying away from the island.