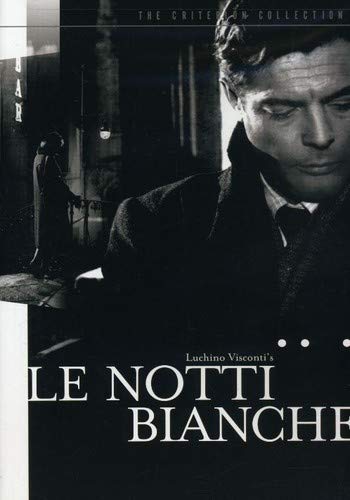 Marcello Mastroianni, as a lonely city transplant, and Maria Schell, as a sheltered girl haunted by a lover’s promise, meet by chance on a canal bridge and begin a tentative romance that quickly entangles them in a web of longing and self-delusion. Luchino Visconti’s Le notti bianche, an exquisite adaptation of Dostoyevsky’s “White Nights,” translates this romantic, shattering tale of two restless souls into a ravishing black-and-white dream.

Read the full summary, listen to our Golden Age of the Silver Screen review, and our Criterion Critics episode.