Leonard Part 6 begins as the government enlists Leonard Parker, a former secret agent turned bon vivant restaurateur, to stop the evil Medusa Johnson from destroying the world with her vast army of killer frogs, lobsters and horses. While it’s a tough assignment for the topnotch agent, his troubles don’t end there. One the one hand, Parker’s trying to win back his ex-wife who dumped him seven years ago; one the other, his daughter is about to marry a man who’s old enough to be her grandfather. However, friends, have no fear! Whether it’s an international crisis or a domestic dilemma, it’s all in a day’s work for Parker, Leonard Parker. 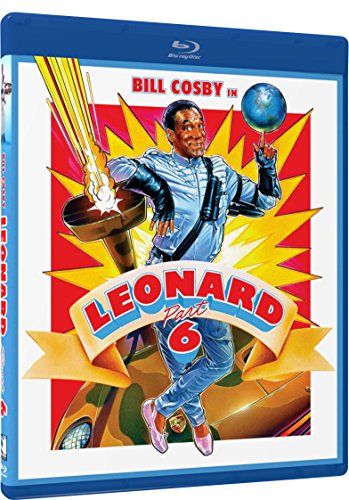 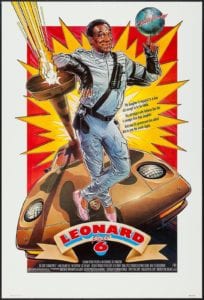 Leonard Parker may be the world’s most dangerous spy, but this former CIA agent has decided to retire from the game and become a wealthy restaurateur. However, when active agents start getting executed by housecats, squirrels, gophers, and bullfrogs, the CIA pulls Leonard back into the game. His mission: break into the International Tuna factory and confiscate the device controlling these animals from Medusa Johnson, the evil vegetarian terrorist.

Leonard returns to the Tuna factory to save his wife, but is taken captive, then briefly tortured by a pod of lobsters. Parker, being the super spy that he is, utilizes the lobsters’ claws to help him break free. Once out of his shell, excuse me…cell, Leonard uses hamburger patties, wieners, and Alka-Seltzer tablets to bring down the evil vegetarian terrorist and destroy her lair. Leonard narrowly escapes the burning factory on the back of a friendly ostrich and makes it back safely to his wife and daughter.