Sergeant Martin Riggs and Sergeant Roger Murtaugh of the Los Angeles Police Department are at it again. The two police officers discover a trunk full of gold Krugerrands from South Africa in a red BMW car after it crashes during a police pursuit. They are baffled by what it means until their boss assigns them to protect a federal witness named Leo Getz to try and keep them out of trouble. When the witness reveals he has been doing business with South Africans, the story evolves into a fast moving chase. 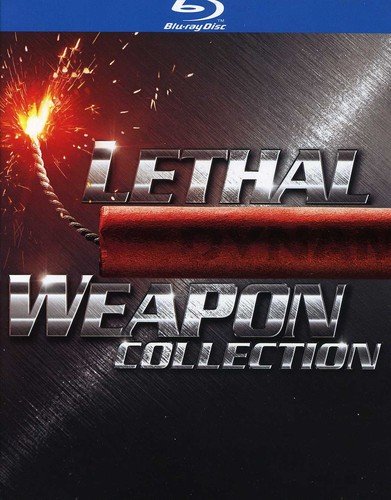 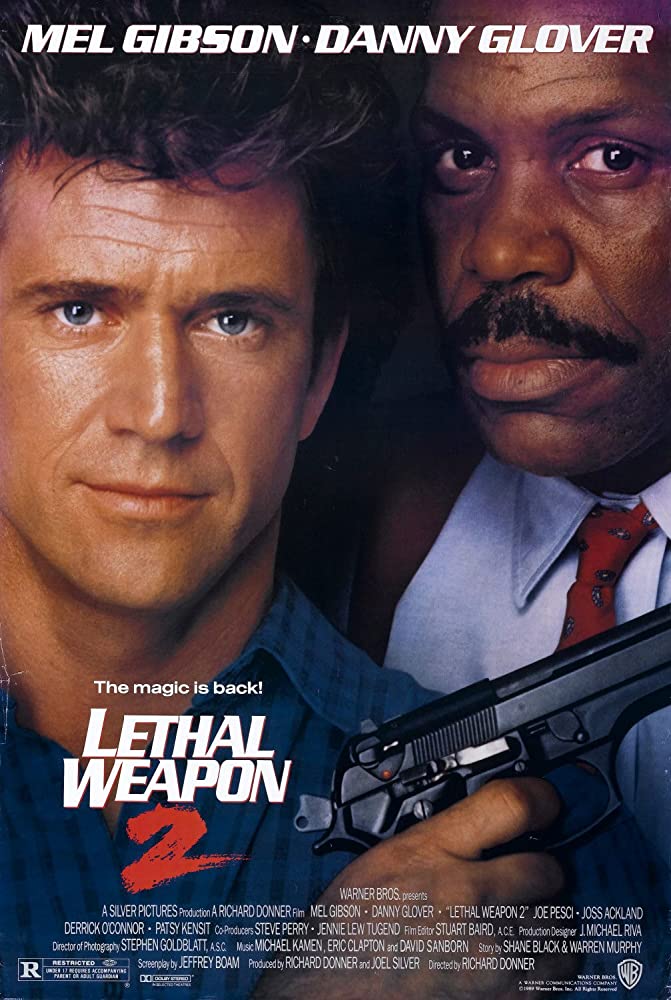 Lethal Weapon 2 picks up two years after the events of the first film. Los Angeles Police sergeants Martin Riggs (Mel Gibson) and Roger Murtaugh (Danny Glover) are in the middle of a high speed chase through the streets of Los Angeles. The chase comes to an end with the culprits escaping but with Riggs and Murtaugh finding a trunk full of gold Krugerrands, the currency for the country of South Africa. Due to the damage caused by the car chase, Riggs and Murtaugh are removed from the case and reassigned to a protective detail for an obnoxious federal witness, Leo Getz (Joe Pesci).

Leo is providing testimony to the feds for an embezzlement scheme that he conducted on some drug dealers. The first day that Riggs and Murtaugh are on the assignment, someone tries to kill Leo and the detectives in Leo’s hotel room. Riggs, Leo, and the assassin all go out the window of the high rise hotel and land in the pool below. The assassin gets away, but Riggs and Murtaugh push Leo for information on who would have authorized such a high risk hit. Leo believes he remembers a house in the hills where he was taken to at one point. The trio go off together to find the house.

Their investigation leads to a house built into the side of a hill on the edge of the city. When the two officers first arrive, the assassin who tried to kill them earlier shoots at them and then takes off in a stolen truck. Riggs pursues and jumps on the car. Murtaugh and Leo give chase in his family’s station wagon. The chase ends with the culprit dead, but Riggs and Murtaugh no worse for wear.

Riggs and Murtaugh return to the stilt house with reinforcements and begin to detain everyone in the house. However, one of the men, Arjen Rudd (Joss Ackland), identifies himself as a consul-general for the South African government and claims diplomatic immunity for everyone in the house. Riggs and Murtaugh are forced to release everyone. The two detectives suspect that their prior investigation involving the Krugerrands and Leo’s case are somehow related. Rudd complains to the Police Commissioner and Riggs and Murtaugh are ordered to leave the investigations alone.

Riggs continues to harass Rudd despite being ordered to leave the case alone. He breaks into the consulate and orders Rudd and his chief of security Pieter Vorstedt (Derrick O’Connor) to leave town before he takes them down. He also begins a romantic relationship with Rudd’s secretary Rika van den Haas (Patsy Kensit). Rika is liberal minded and does not hold the racists beliefs that her boss does. Additionally, she believes that Rudd should be arrested if he is breaking the law. Murtaugh comes up with a thin theory that Rudd is shipping funds from his smuggling ring in the United States to Cape Town in South Africa via cargo ships in the Los Angeles Harbor.

Rudd orders the police officers involved in the investigation to be killed when he thinks they are getting too close. Several police officers on Riggs and Murtaugh’s squad are killed. Murtaugh is able to take out two men who come to kill him at his home, but Leo is abducted by the South Africans during the attack. Riggs fights off a couple of helicopters full of men, but is eventually captured when he drops Rika off at her home. Vorstedt has Riggs placed in a strait jacket with chains. Vorstedt tells Riggs that he killed his wife years before in a failed attempt to kill Riggs. Vorstedt has Riggs thrown into the ocean. Riggs is able to escape the jacket due to his unusual ability to separate his own shoulder at will. Riggs finds Rika’s body floating nearby, having been killed by Vorstedt due to her association with Riggs.

Riggs calls Murtaugh and tells him that he is taking the fight to them. Murtaugh intercepts Riggs near the stilt house. He informs Riggs that Leo has been captured. Riggs tells him to wait for his signal and then to shoot all the bad guys. Riggs uses his truck to pull out one of the struts of the stilt house, causing the whole house to collapse. Murtaugh is able to get Leo out in time. Then, Riggs and Murtaugh drive to the wharf and the ship, Alba Varden. Rudd and the South Africans are preparing their getaway with hundreds of millions of dollars in drug money.

Riggs and Murtaugh investigate and open a cargo container. Inside they find millions of dollars and a luxury car. The South Africans lock the two detectives into the container and prepare to load the box into the ship. Riggs sets the car to drive out of the container, spilling the money all over the harbor. Riggs and Murtaugh battle Rudd’s men all over the ship. Riggs gets into a knife fight with Vorstedt and is severely injured. Riggs drops a cargo container onto Vorstedt killing him. Rudd retaliates by shooting Riggs in the back multiple times. Rudd tries to claim diplomatic immunity after running out of ammunition, but Murtaugh shoots him through the head anyways. Murtaugh runs to Riggs concerned that his friend is dying. Riggs is severely hurt, but not dying. The two friends enjoy a laugh as LAPD personnel finally respond to the scene.